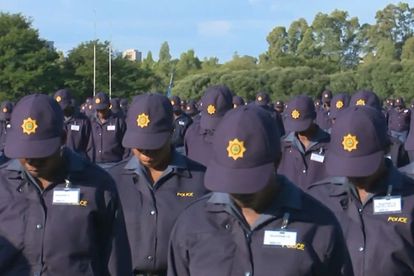 A trainee police officer was shot and killed at a police academy. PHOTO: Twitter/@SAPoliceService

A trainee police officer was shot and killed at a police academy. PHOTO: Twitter/@SAPoliceService

A police trainee has been shot and killed during training at the South African Police Service (SAPS) Training Academy in Limpopo.

She said the circumstances surrounding the killing are being investigated after a probe was launched by National Police Commissioner General Fannie Masemola.

“Psychologists, social workers and chaplains from the Employee Health and Wellness (EHW) competent are currently providing psychosocial support to the family of the deceased and all affected.”

Police were conducting their own internal investigations. But the matter has been referred to the Independent Police Investigative Directorate (IPID) said Mathe.

IPID has confirmed that they are investigating the death of the trainee police officer.

National Police Commissioner General Masemola has pledged the police’s full cooperation and support to IPID when it comes to the investigation.

“This is an unfortunate incident. We request space to conduct a thorough investigation to be able to determine the circumstances surrounding the incident. We pledge our full support to the family of the deceased and all affected,” Masemola said.

A female police officer faces charges of murder for allegedly shooting her colleague during a patrol in Gqeberha.

Joseph, who is attached to the Anti-Gang Unit in Gqeberha was among six officers patrolling the KwaDesi area on 17 June. Three of the officers noticed three men whom they stopped to search, said Hawks spokesperson Captain Yolisa Mgolodela.

After searching the men, the three officers returned back into their vehicle. But as they entered, a gunshot was heard going off, which the officers thought nothing of.

But instead, the driver noticed that one of his colleagues seated at the back was not feeling well.

The officer said his stomach was sore but it was discovered that he was actually shot. After being rushed to the hospital, he was declared dead on arrival.

The bullet which killed the officer was traced back to Joseph’s firearm said Mgolodela.