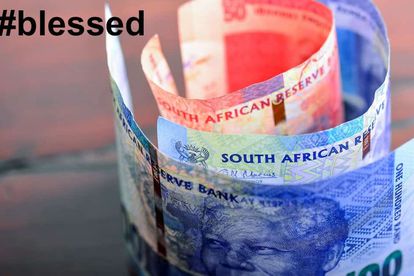 Young South African women “blessees” do not see themselves as victims of their “blessers” with whom they are engaged in “transactional relationships” for sex and entertainment a recent study has shown.

The blessees, are involved in three different levels of relationship with their blessers, who are older, often married or single men who have multiple partners, ranging from those who provide airtime and fast-food to the highest level that includes accommodation and overseas trips, with Dubai being a popular destination.

University of KwaZulu-Natal Masters student, Zikhona Singata, conducted research for her studies entitled “An ethical assessment of the structural agency of the blessee in the ‘Blesser-Blessee’ phenomenon”.

Singata conducted a desktop study that focused on the dynamics of the relationship and the factors that led women engaging in the “Blesser-Blessee” entanglement.

“The significance of the study is based on the structures that the blessee exists in and these include poverty, unemployment, and gender inequality, all of which influence the agency of the blessee,” Singata wrote in her study.

“Another structure involves peer pressure which includes the influence of people that surround a blessee and how they have an impact on her. Peer pressure is not just a result of the physical availability of individuals around the blessee but also includes the community the blessee connects with on social media,” Singata said.

Singata noted in her research that some blessees, labelled as “slay queens” harnessed the power of social media to show off their extravagant gifts to portray a particular social status.

Numerous diagrams have been published to explain the BBP but the most common ones have three levels, Singata noted.

The below illustration, which she published in her research best highlighted the levels:

Interestingly in her research she noted that a blessee is usually a young adult, for example, a university student which means that blessees come from all kinds of family backgrounds both rich and poor, and they do not see themselves as victims.

“Blessees can also be employed or unemployed young adults who are not satisfied with their current economic status,” Singata noted.

Singata recommended that there was a need to raise further awareness of the health risks of the blesser/blessee arrangement as men with multiple partners, who did not use condoms raised the risk of HIV/Aids.

“The BBP leads to sexual risks thus, it is important to cultivate health and risk awareness campaigns directed at young adults. These campaigns should include teaching the need to increase the use of condoms to reduce health risks. This does not imply that there are no campaigns in existence,” Singata noted.