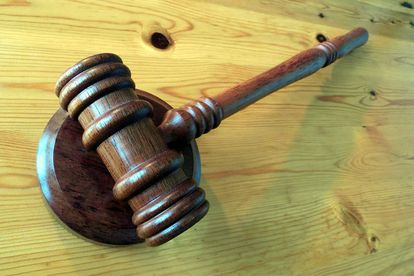 A 39-year-old man is to appear in court for Anele Bhengu’s murder
Photo: Succo from Pixabay

A 39-year-old man is to appear in court for Anele Bhengu’s murder
Photo: Succo from Pixabay

A former police sergeant who conspired with a friend to kill her husband, also a serving policeman, and make it look like a hit-and-run accident has been convicted of murder.

Her friend who drove the vehicle that killed her husband while he was out jogging has also been convicted on the same charge.

Ex-Sergeant Lerato Mokoena, aged 43, and her 26-year-old co-accused, Mduduzi Ndlovu, are now both in custody to await their sentencing, which will take place during their next appearance in the Nelspruit High Court on 14 January 2021.

Plotters had an ‘orchestrated plan’

Mokoena was dismissed from the police service in late 2017 following the incident.

Police spokesperson Brigadier Leonard Hlathi said the killing of Sergeant Vusi Dlamini, who was a member of the Stock Theft Unit stationed at Hectorspruit, was an “orchestrated plan” that was executed on 13 July 2017.

“On that fateful day Mokoena and her husband went for a jog. Meanwhile, Ndlovu followed the couple driving in Mokoena’s vehicle and he deliberately ran over Dlamini, resulting in his instant death.”

But there things apparently went wrong for the plotters, as Ndlovu lost control of the car while running over Sergeant Dlamini and it was damaged to the point where it could not be moved from the scene.

Co-accused fled the scene on foot

Ndlovu then fled on foot and ex-Sergeant Mokoena was left stranded on the road with the car and the body of her husband. Police and paramedics then arrived.

“Police conducted their investigation and launched a manhunt for Ndlovu, who later handed himself over,” Brigadier Hlathi said.

“Through investigation, it transpired that Mokoena and Ndlovu plotted the murder by making it appear as if it was an accident. Ndlovu finally disclosed to the police and detailed exactly what actually happened on that day. Mokoena was then also arrested and charged.”