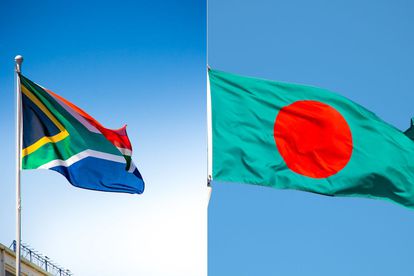 Following the kidnapping of Bangladeshi national Aktar Pradan, his countrymen have been closing their businesses down in Cape Town. Photo: Yoann JEZEQUEL and Saadman Al Majidi / Flickr

Following the kidnapping of Bangladeshi national Aktar Pradan, his countrymen have been closing their businesses down in Cape Town. Photo: Yoann JEZEQUEL and Saadman Al Majidi / Flickr

Bangladeshi nationals residing in Cape Town believe they are under attack following the brazen kidnapping of businessman Aktar Pradan.

Pradan was kidnapped in broad daylight on Friday, 26 August

Just before the weekend, Pradan was kidnapped in Portlands, Mitchells Plain. EWN reports that the kidnappers are allegedly demanding R20 million to release the 37-year-old businessman.

Pradan is reportedly the eighth Bangladeshi national to be kidnapped in the area since the start of the year. The businessman has been running his Cash and Carry store in Cape Town for almost a decade.

Bangladeshis are fearful of asking the SAPS for assistance

A Bangladeshi community leader revealed that more and more people from his country residing in SA are shutting their businesses down. It seems the spike in these kidnappings is forcing Bangladeshi nationals away from SA.

“So many businesses are for sale now because people want to go back home,”

said an unnamed friend of Pradan.

Speaking about Pradan’s release, the Bangladeshi nationals believe he could be harmed if they ask for the SAPS’ help. They will instead, be looking to raise money to release the businessman.

Previously, it was reported that Bangladeshi businessman Akter Pradan was forced off the road and kidnapped in Cape Town. Crime report Yusuf Abramjee shared a frightening video of the kidnapping. According to Abramjee, Pradan owns a Cash and Carry in Mitchells Plain.

Cape Town etc notes there has been a trend of more businessmen being kidnapped in the city. Pradan is reportedly a known businessman in Cape Town. Details surrounding the incident are still scarce. In the clip, a man can be seen shoving someone into a car while the onlookers record.

A scuffle ensues for a few seconds before the vehicle’s backseat door is eventually slammed. The car starts driving off before the man can jump in. The clip is just 33 seconds long but seems to leave a bad taste in the mouths of many social media users. Read the full story here.