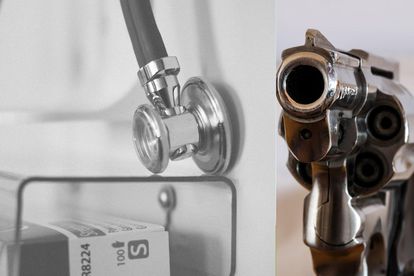 Doctors in Soweto are fearful after 10 armed robberies were reported in a span of five months. Photo: Stock Image / Pixabay

Doctors in Soweto are fearful after 10 armed robberies were reported in a span of five months. Photo: Stock Image / Pixabay

Ten armed robbery cases at Soweto-based surgeries have been recorded over the past five months, according to the Soweto Independent Practitioners Association (SOIPA).

SOIPA wants the SAPS to do more to protect doctors

The Association said that armed criminals are targeting private doctors more often. SOIPA also called for the South African Police Service (SAPS) to do more when it comes to protecting GPs.

Spokesperson for the association Brenda Sibeko said they met with senior police officials in Gauteng following the killing of Dr George Koboka at his surgery in March this year. Sibeko says the implementation of tangible measures has not been seen, reports TimesLIVE.

Private doctors are not the only people impacted by this increasing crime as patients have also fallen victim. In June, three patients were injured at a surgery in Protea Glen. This after robbers walked in pretending to be patients and demanded cellphones and money from everyone in the practice.

“A case was opened after Dr Thulani Tshabalala was attacked in Protea Glen but no arrests have been recorded in that case. Dr Vusumuzi Nhlapo was shot in front of his patients in Jabulani”

A number of doctors have added extra security features to their practices but SOIPA says there is no direct line to the officers who patrol the impacted areas.

Speaking about his experience, Dr Nhlapo said officers have visited his surgery once or twice after he was attacked. He explained that they were not visible enough in his area adding that he relies on the security features he has added.

Dr Nhlapo said many of the doctors he knows love their jobs and are ready to serve their community. He wants something to be done to protect doctors from the increasing levels of crime.

Previously, it was reported that the Democratic Alliance (DA) blames a doctor’s recent attack by a patient on poor security at the Lillian Ngoyi Clinic in Soweto.

Not only did they raise the security problems at the clinic but also concerns about services being limited due to the generator not working during power cuts. DA Gauteng Shadow MEC for Health, Jack Bloom said the doctor was attacked on Thursday and sustained injuries to her hand.

Due to the clinic’s security contract expiring earlier this year, the clinic has since been operating on a skeleton security staff. Read the full story here.