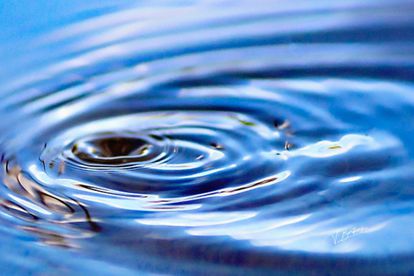 The Ballito mother who will be facing the courts for the drowning death of her four-year-old daughter intends to plead guilty to the crime. Photo: Nessa / Flickr

The Ballito mother who will be facing the courts for the drowning death of her four-year-old daughter intends to plead guilty to the crime. Photo: Nessa / Flickr

The Ballito mother who was charged for drowning her daughter plans to plead guilty. The mother reportedly killed her four-year-old daughter by drowning her in a bucket.

The mother made a brief court appearance on 5 May

The news of her intention to plead guilty was revealed at the KwaDukuza Magistrate’s Court on Thursday, 5 May. The unnamed woman made a brief appearance after the drowning of her toddler on 26 April.

She has not been named in order to protect the identity of her 10-year-old child. Reports state that the mother bound her daughter with duct tape before drowning her in the bucket.

A guilty plea was reached by the State and defence

Prosecutor Paul Nel revealed that a guilty plea agreement was reached. The agreement was between the State and the defence. Nel says the matter was previously postponed for bail investigation and for authorities to obtain DNA samples.

Alistair Janssens, a defence attorney, requested that the child’s mother be held at the uMhlali Police Station’s cells until her next appearance in court. Janssens said he was concerned after an article was published in a community newspaper revealed info that the defence was unaware of.

Janssens said he confirmed with the woman’s husband about any other cases. It was revealed that she had no previous convictions or other cases pending against her.

The article revealed ‘information’ from an unnamed police source who claimed to know what triggered the reason behind the daughter’s drowning. Magistrate Blanche van Heerden acknowledged the concerns. Van Heerden said the incident could undermine the criminal justice system.

“We have no idea where the information comes from. It makes me wonder whom this would benefit,”

Magistrate Van Heerden says the court could not prevent information from getting to the media. The mother will make her next appearance in court on 13 May, reports TimesLIVE.

Mother from hell: Durban woman drowns daughter in bucket – ‘for being difficult’

This is just utterly, unspeakably evil: A 45-year-old mother from Ballito in Durban is facing a very long time behind bars, after she decided to DROWN her young daughter because ‘she was being difficult’. KZN SAPS have confirmed that the mom is now in police custody, and will appear in court.

These details aren’t for the faint-hearted. But so far, we understand that police were called to the scene after a nearby resident suspected that the four-year-old victim had been killed. Sure enough, officers who arrived at the property came across the body of the toddler – who also had her hands tied with tape.

Meanwhile, the ‘mother from hell’ admitted to using a rather crude method to murder her daughter. She simply filled a bucket with water, restrained her hands, and put the girl’s head underwater ‘until she stopped moving’. Read the full story here.