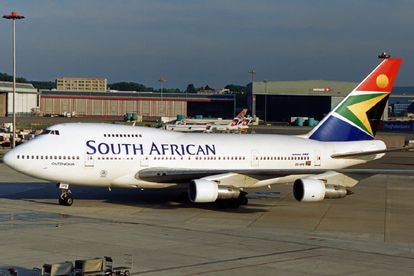 SAA grounded some of its aircraft on 22 October 2019. Photo: Flickr/Klaus Brandmaier

SAA grounded some of its aircraft on 22 October 2019. Photo: Flickr/Klaus Brandmaier

Troubled SAA may be in for even more woes, with the warning by a key trade union on Wednesday 15 January that it believed some flights could be cancelled and the payment of salaries delayed.

This is because the government is said to be struggling to come up with its promised R2 billion as part of a rescue package agreed on in December. The deal includes a further R2 billion from other lenders.

National Transport Movement (NTM) president Mashudu Raphetha told Reuters that the union had been briefed by the airline’s business rescue practitioners who said the government had not yet been able to provide its portion of the funds. The R2 billion from lenders had already been exhausted, the union claimed.

Meanwhile, Business Day reported that Treasury would need to sell assets to fund its side of the deal. Flights could be suspended as early as Sunday January 19 if a solution is not found, the newspaper said.

The business rescue practitioners, Les Matuson and Siviwe Dongwana, said in their own statement: “We remain hopeful that a mechanism can be found to unlock the liquidity constraints.”

The statement continued: “Government continues to indicate its support for the business rescue process and together we are considering various scenarios to keep the entity operational. … The liquidation of SAA is not one such current scenario.”

Test for the president

According to Reuters, the national carrier’s case is seen as a test of President Cyril Ramaphosa’s resolve to carry out badly needed reforms.

“SAA is one of several state companies mired in financial crisis after nearly a decade of mismanagement and corruption in Africa’s most industrialised economy,” the news agency said.

In early December, the board of SAA resolved to place the ailing carrier under voluntary business rescue. The decision was strongly supported by government.

The secretary of the Cabinet, Cassius Lubisi, was reported by several media outlets to have said in a letter to ministers and deputy ministers:

“After discussions with various key stakeholders, including potential lenders, developments have now necessitated a change of approach to the SAA conundrum.”

“This (business rescue) is the only viable route open to the government to avoid an uncontrolled implosion of the national airline. The voluntary business rescue approach will also prevent liquidation applications by any of SAA’s creditors, which would land the airline in an even worse position.”

The possibility of SAA having to cancel flights will exacerbate an already troubled relationship with the travel industry and lead to more customers opting for other airlines.

In November 2019, Flight Centre, which is said to be the country’s largest travel specialist, stopped selling tickets on SAA because its travel insurance providers would not offer cover under their Travel Supplier Insolvency benefit, due to doubts about the viability of the airline.