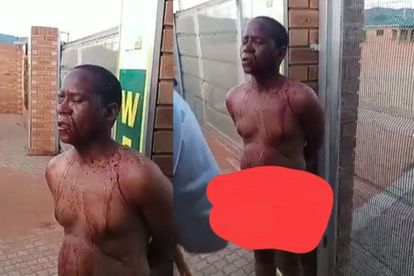 Assaulted Deputy Principal of Kgagatlou Secondary School in Limpopo tendered his resignation to the Limpopo Department of Education.

ASSAULTED DEPUTY PRINCIPAL CAUGHT PANTS DOWN WITH A LEARNER

This after the Deputy Principal landed himself in hot water for his alleged affair with a learner in school.

It is reported that the teacher resigned with immediate effect on Wednesday, 30 November. This after he was allegedly caught pants down with a learner and paid the hard way for his actions. Consequently, he was beaten to a pulp by community members who left him naked and soaking in blood.

“The Deputy Principal of Kgagatlou Secondary School in the Capricorn South District who was embroiled, allegedly in a sexual relationship with a learner has tendered a resignation letter with immediate effect. The department received the letter from the teacher on Wednesday, 30 November 2022.”

ALSO READ: Deputy Principal beaten to a pulp for sleeping with learner

LIMPOPO DEPARTMENT OF EDUCATION CLEARS THE AIR ON THE MATTER

In a statement issued by the Limpopo Department of Education, the resignation of the Deputy Principal came when the Department had just placed him in a precautionary leave pending investigation of his alleged relationship with a matric learner.

“His video clip went viral on social media on Monday (28 November 2022) after he was found, allegedly with a female learner at his rental place.

The Department has also noted a planned protest to the school by interested parties calling for the immediate dismissal of the deputy principal. The concerned groups are urged not to disturb learners during this crucial time of the year when they are busy with their final year exams and more so that the teacher has since resigned,” the statement read.

PERPETRATOR NO STRANGER TO SUCH BEHAVIOUR

It also alleged that the same teacher was embroiled in another similar scandal at Monyaku Secondary School where he left allegedly running away to account for his statutory rape cases which eventually disappeared in thin air.