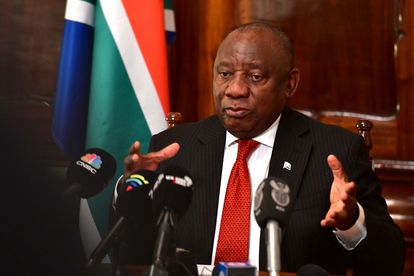 The Presidency confirmed Cyril Ramaphosa would not address South Africa on Thursday night, 1 December. Earlier in the day, spokesperson Vincent Magwenya said a national address would be held imminently following the release of the Section 89 Independent Panel report, which made damning findings against the President.

RAMAPHOSA TO ADDRESS THE NATION

The Presidency spokesperson said Ramaphosa was considering his options and consulting with the relevant stakeholders, at a short media briefing in Cape Town on Thursday evening.

The spokesperson said Ramaphosa’s decision cannot be rushed and apologised for creating the impression that the nation would be addressed on Thursday night.

“The President appreciates the urgency and enormity of the issue and what it means for the country and the stability of government and as a result, he is still processing the report…” said the spokesperson.

An ANC National Executive Committee (NEC) meeting about the panel’s findings was expected to be held on Thursday. Instead, it will take place in Nasrec, Johannesburg on Friday, 2 December.

The report found that President had a case to answer over the US dollars stolen from his Phala Phala game farm in 2020.

The panel said Ramaphosa may have committed serious criminal offences and violated his oath of office, in the report, which went public on Wednesday evening.

In his initial response to the report, the President said the Section 89 process has led to an unprecedented and extraordinary moment for the country’s Constitutional democracy.

He said the report’s conclusions required careful reading and consideration. However, he denied violating his presidential oath in any way and the allegations against him.

On Thursday, there were several calls for Ramaphosa to resign from opposition parties and other sectors.

According to reports, the President is not opposed to resigning. However, ANC members in his corner have tried their utmost to convince him to stay.

Ramaphosa’s spokesperson, Vincent Magwenya, announced that the President would address the nation, on Wednesday. He said Ramaphosa would do what was in the best interest of South Africa and the stability of the government.