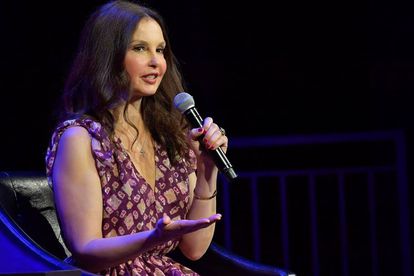 American actress and political activist Ashley Judd is being hospitalised in a South African hospital after severely damaging her leg while in the Congo rainforest. Judd, who spoke via an Instagram Live with Nick Kristof from the New York Times, explained the ordeal.

She went on to say that she’s in a ICU trauma unit in “beautiful South Africa” which took her in from the Congo.

While she said she loves the Congo, she said it is not equipped to deal with “massive catastrophic injuries” such as the one she experienced.

“In that sense, I’m just a regular Congolese person that had a bad accident,” she went on to say.

She explained that the difference between herself and a regular Congolese person was disaster insurance which allowed her to get to an operating table in South Africa 55 hours after her accident.

Judd then mentioned the Bonobos — the reason she was in the Congolese rainforest in the first place. Bonobos are apes which are highly endangered and exist only in the Congo. Judd’s partner has a research camp there where they had both been studying the apes.

“I was doing what I always do, up at 4:30 in the morning with two of our trackers. [We were] walking in the dark and my headlamp had new batteries but it was a little faint, it wasn’t working quite properly. There was a fallen tree on the path which I didn’t see and I just fell over this tree and as I was breaking my leg, I knew it was being broken,”

“What was next was an incredibly harrowing 55-hours, it started with five hours of lying on the forest floor, biting my stick, howling like a wild animal,” she added.

Another hour and a half was spent on carrying Ashley Judd in a hammock out of the rainforest. That was then followed by a motorbike ride for six hours and an overnight stay in a hut. The bush plane then came which resulted in another five-hour trip. She was then in Kinshasa, Congo for a further 25 hours before making her way to South Africa.

Watch the full video interview below: