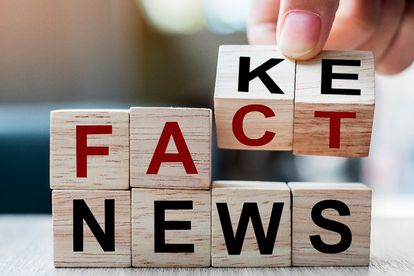 Police respond to news of social media posts about shootings in parts of Bloemfontein. PHOTO: www.sulinformacao.pt

Police respond to news of social media posts about shootings in parts of Bloemfontein. PHOTO: www.sulinformacao.pt

Voice notes and posts circulating about shootings in Bloemfontein are actually false.

The South African Police Service (SAPS) in the Free State have noted with concern the spread of these unfounded messages. They have been circulating on different social media platforms on crimes alleged to have happened, said Free State police spokesperson Brigadier Motantsi Makhele.

The voice notes and posts are about shooting incidents. A recent example is a post about an alleged shooting incident that apparently happened in Small Street in Willows. Another is allegations of a drive-by shooting on Dr Belcher Road.

More unfounded posts and voice notes are about an alleged gang rape in Monnahalatwe in Phase 6, Bloemfontein, Makhele said.

“The alleged incidents circulated through voice notes and posts were never reported at any police station where they said to have occurred.”

The public is to refrain from originating, generating, compiling, producing, posting and or sharing fake news. The spread of such news causes unnecessary panic, said Makhele.

“These incidents are placing a serious strain on our resources, which would eventually negatively affect our response where a genuine case is reported,” said Motswenyane.

Police in Gauteng are dismissing a circulating voice note that children were shot in Soweto.

Instead, a cash-in-transit robbery happened 800 metres from the school mentioned in the circulating voice notes.

“The District Commissioner of police in the West Rand, Major General Fred Kekana and the Station Commander of Orlando police station, Brigadier Nonhlanhla Khubeka met with the principal of the school mentioned in the voice notes. They assured that all the learners are safe and no such incident happened at the school,” Mavela said.