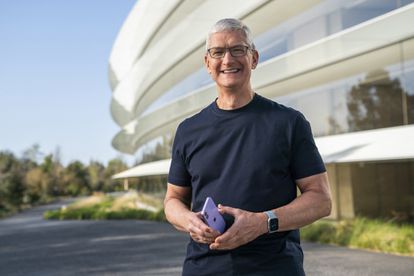 The latest Apple Event has come and gone, and it’s time to have a look at what toys the US tech giant has in the pipeline to part us with our hard-earned cash.

It’s probably fair to say that the announcements headlined significant improvements to the current Apple line-up rather than tons of sexy new tech.

At a glance: Apple Event announcements

The biggest winner in the Apple stable amongst the current line-up is the iMac. While the 27 “iMac received some love from Apple last year, improving its overall power, Apple has translated this into a proper makeover.

Apple’s custom M1 chip has given the manufacturer a lot more license to create a slimmer, sleeker iMac.

The latest iteration of the iMac sports a 24 “4.5k display, all housed in an attractive and significantly slimmed-down form factor, and it will be available in up to 8 different colours depending on the model you choose.

Apple also claims that the new iMac microphone array is the best they’ve ever shipped with the iMac, which will also have six speakers built into it capable of outputting spatial audio and supporting Dolby Atmos.

The new iMac pricing starts from $1299 US, and Apple is claiming that premium will buy you an 85% performance improvement over the previous Intel-powered iMac. It will be interesting to see what that additional claimed power translates to in the real world.

The latest iPad will also ship with the custom M1 chip, and Apple is claiming that it will improve the CPU speed by 50% over last year’s iPad pro.

The larger 12.9 “model has also introduced Mini-LED technology to its Liquid Retina XDR display to assist with backlighting to deliver a brighter and more vivid picture, comparable to its premium Pro Display XDR monitor.

The Apple TV 4K will be leveraging the added power from the latest version of the A12 Bionic chip to offer high-frame-rate HDR to handle anything users throw at it, including iPhone 12 Pro users shooting 5K at 60fps.

The Apple TV 4K will also ship with a colour-calibration tool that will hopefully take a lot of the frustration out of getting the perfect picture on modern TVs with their labyrinthine setting’s menus.

AirTags will be Apple’s answer to other manufacturers who have released smart tags that allow you to track your less-smart possessions with your smartphone.

You’ll be able to clip your smart tag to your phone or your luggage and then easily locate it using the AirTag’s Precision Finding, which uses an ultra-wideband signal to pinpoint the AirTags location.

Other big news from the announcement: Apple introduced a Podcast service rather than new hardware.

Apple announced they would be introducing a podcast subscription service that will give users an ad-free experience and early access to episodes and exclusive content for subscribers.

Moreover, podcasters will pay $20 a year to enrol in the creator program, and Apple will take its standard 30% of creator earnings.