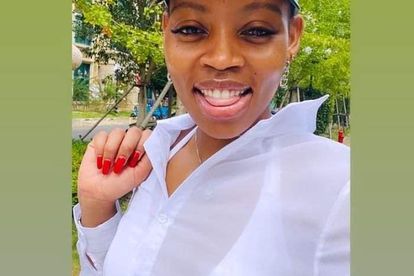 Another family in South Africa has come out to appeal to the general public to assist in raising funds to repatriate their daughter from China.

APPEAL FOR FUNDS AS ANOTHER TEACHER DIES IN CHINA

According to reports, the Mqokozo Family is in deep need of financial assistance to repatriate the mortal remains of their daughter, Siphosethu Mqokozo, to her place of birth Lady Free in Vaalbank Eastern Cape.

The 30-year-old English educator abroad completed her Bachelor’s degree in Education at the University of Johannesburg and left in October 2019 to work as an English Educator in China.

It is reported that Siphosethu had a panic attack and died on the way to the hospital in China. Her remains are stuck in China due to the hefty costs and apparent lack of insurance from the deceased.

“We would highly appreciate your support during this highly dejected time. Anyone who would like to lend a hand can contact family members below or donate to her mother’s bank account.”

WHAT IS KILLING SOUTH AFRICAN PEOPLE IN CHINA?

“All of them are women. The South African government should be alarmed. Unfortunately, working in China might sound attractive and all but the details of their deaths are shoddy and the answers about what happened are hard to come by from Chinese police investigators.”

He said in the case of Noma Blackie, she was found dead in her apartment when COVID was raging in parts of China. “Post-mortem revealed it wasn’t COVID that killed her. Then there’s Kgothatso Maduna who plunged to her death all the way from the 13th floor of her apartment. Investigators ruled her death an accident and refused to open a culpable homicide inquest.
I’m not sure what to make of this but this is a trend that needs to be looked into,” he claimed.