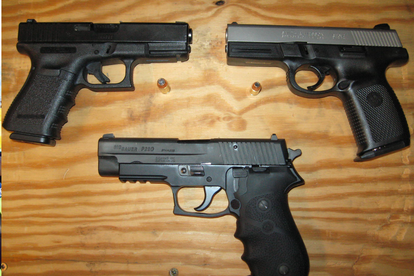 There has been another political murder in Mzansi. The African National Congress (ANC) is grieving the murder of one of its councillors, Tshepo Motaung, who was savagely killed in Mabopane township on Friday 24 September.

ANC COUNCILLOR KILLED WHILE DRIVING FROM A MEETING

It is believed that the ANC member’s killing was, without surprise, politically motivated. The slain politician’s execution-style murder is linked to the party’s recent councillor candidate-selection process.

Motaung was driving home with his nephew and uncle after a meeting. The hitmen appeared with two cars to execute the surprise attack on Motaung’s vehicle with a hail of bullets.

All three victims fled the car but the main target, Motaung, was soon cornered before he was brutally shot dead.

According to the SA National Civic Organisation’s leader in the community, David Tshesedi, the victim was affected by conflicts around the selection criteria for ward 22 councillor candidates, for which he was one of the hopefuls.

It is said that the ANC councillor had earned victory from community votes and his murder was masterminded by his opposition.

“It is related to candidate-selection processes of the ANC. I can say it is politically motivated,” Tshesedi said via IOL.

ANC regional spokesperson Bafuze Yabo reacted to the tragedy. He declined to comments on the claims that the killing was politically motivated. Yabo also said that he did not believe that Motaung’s life was under threat.

“I don’t have any details as to how his death came about. Anything that we may say will all be speculation. Only law enforcement can get down to the bottom of it and find out the truth, Yabo said.

“We are hoping that that happens speedily. That it happens as soon as possible, to allay fears of comrades as well as to bring back normalcy to the organisation.

“It doesn’t seem like his life was under any form of threat. He still interacted in life as normal. He didn’t live like someone whose life was under threat.”

The ANC spokesperson concluded by reminding the public that the same district lost two of its councillors through killings in May and September 2018.

They were Siphiwe Montlha of ward 37 in Soshanguve and ward 19 councillor, Esther Matumane of Winterveldt.

“Today we still have questions about what happened and who was responsible; no one was apprehended.”

“[The ANC has] full confidence in law enforcement agencies and we are hoping that this time around answers are provided and culprits brought to book,” Yabo concluded.

Meanwhile, no arrests have been made yet.