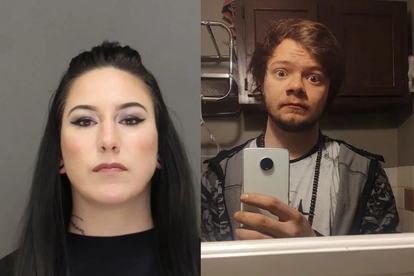 This story is definitely not for the faint-hearted: A 24-year-old accused of killing her sex partner in the most gruesome way imaginable, has pleaded not guilty to the act.

New Canaan Advertiser reported that Taylor Schabusiness from Wisconsin, the United States (US), was arraigned in Brown County Circuit Court Tuesday on charges of first-degree intentional homicide, mutilating a corpse and third-degree sexual assault. A criminal complaint alleges that she strangled 25-year-old Shad Thyrion to death in the basement of his home in Green Bay before sexually abusing his lifeless body and then mutilating the corpse with a serrated bread knife.

Thyrion’s mother called 911 after discovering his severed head inside a bucket.

Taylor Schabusiness was arrested in February for the incident and has been in custody since. During a brief arraignment on Tuesday, 5 July 2022, she appeared in the Brown County Circuit Court but did not speak. According to law enforcement officials, Schabusiness had removed an electronic monitoring device she wore for an unrelated crime just hours before Thyrion was killed.

According to US media, Schabusiness had a warrant out for her arrest, but only for violating the conditions of her release but wasn’t located until authorities learnt of Thyrion’s murder.

If convicted of first-degree murder, Schabusiness could be sentenced to life behind bars. In addition, she also faces felony charges of mutilating a corpse, which can carry a sentence of up to 12½ years in prison and a $25,000 fine, and third-degree sexual assault, which can carry a penalty of 10 years in prison and a $25,000 fine.

Schabusiness reportedly also told police she and Thyrion used drugs the night of the killing. She claims they both smoked marijuana and methamphetamine; she later injected herself and Thyrion with the prescription antidepressant trazodone.