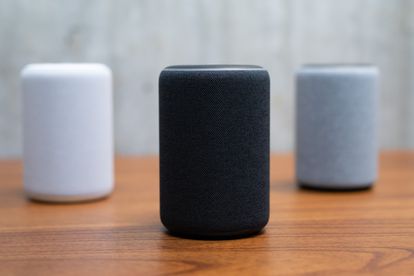 The updated Amazon Alexa Plus, on display in Amazon’s Day 1 building in Seattle on September 20, 2018. Grant HINDSLEY/AFP

The updated Amazon Alexa Plus, on display in Amazon’s Day 1 building in Seattle on September 20, 2018. Grant HINDSLEY/AFP

Technology behemoth is working on a new voice feature for its virtual assistant, Alexa. At a conference in Las Vegas this week the company’s Vice President and Head Scientist for Alexa, Rohit Prasad, revealed that could soon replicate a human voice by using a very short voice recording.

In a video demonstration at the re:MARS conference, a child asks an Amazon Echo Dot if their grandmother can finish reading a story to them.

Alexa responds and changes to the desired voice – the child’s grandma.

“Instead of Alexa’s voice reading the book, it’s the kid’s grandma’s voice,” said Prasad “We had to learn to produce a high-quality voice with less than a minute of recording.”

According to the Associated Press (AP), the Alexa head explained that the new feature was born from a desire to build greater trust in interactions users have with the virtual assistant by adding “human attributes of empathy and affect.”

“These attributes have become even more important during the ongoing pandemic when so many of us have lost ones that we love,” said Prasad.

“While AI can’t eliminate that pain of loss, it can definitely make their memories last.”

The feature is still in development and it is not clear when it will be available to the public, however, NPR points out that it immediately drew unfavourable comparisons to fictional depictions of technology such as the often bleak Netflix series Black Mirror.

Recently, Microsoft announced that it would be restricting the use of software that is capable of parroting a person’s voice as the feature could be used maliciously to deceive people.