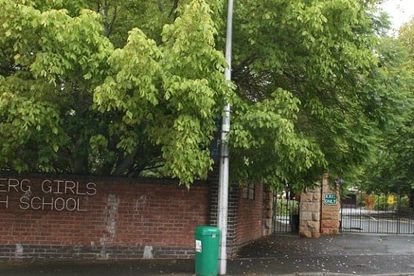 Incidents reported by the students include sexual abuse whereby Ms Faris inappropriately touched some of the girls in the res, as well as racial abuse against some.

“We are aware of the statement issued earlier today by the learners of Wynberg Girls High School. There are some concerning allegations made and our officials are investigating as a priority. The Circuit Manager will visit the school this afternoon to address the learners, once they have completed their exam,” the Western Cape education department said in a statement.

We the learners at Waterloo House, would like someone out there to hear us, we have been

Ms Faris doesn’t know how to raise children, she has destroyed our self-esteem, and no one seems to take our concerns seriously. Now we are coming to you the outside world. We are writing exams, which we will not jeopardise, we are therefore issuing this statement together with personal accounts of the daily violations we are experiencing at her hands.

There are many soul-destroying incidents we have been exposed to:

– Ms Faris usually tells us inappropriate stories: She claims she has had more than 5

abortions, she claims that she used to be a drug addict, she claims she worships the devil,

she claims she worked for Gaddafi – We want to be left to be children, we are not trained counselors, these stories are traumatising!

– She called us “Bloody Kaffirs” and has used Kaffir when discussing us. She claims that we

use it on each other and therefore we should not be offended, we do not use this word AT

ALL! – We demand a public apology and criminal investigation of Ms Faris, the era of Apartheid rule is over and we are Born-Free!

– She said we (black learners) will make hostel unhygienic,because there are so many of us

(black learners) staying in, we wanted to stay in during the weekend to study for exams –

We are not dirty!

– She lies about girls to other staff members, she creates stories that are untrue, in order to

further her own agenda to paint certain girls negatively and then try to get rid of them. She

told staff members that ALL learners from Masiphumelele have STIs, this is not true. – We demand that these vicious lies stop!

– She discusses our home/private matters with other staff and learners; we speak to her in

kitchen, sometimes she even announces our issues at supper to the whole hostel.- We are being violated!

– Ms Faris constantly tells us she will take our scholarships away based on our behaviour in hostel – We cannot perform academically because we are demoralized!

– We are racially discriminated when it comes disciplinary issues, – We demand a clear hostel code of conduct, applied fairly, we are all children, love us equally!

– Ms Faris told white learners that they are in danger from black learners. We have never

wanted to harm white learners and do not have any plans to harm them. – We demand that Ms Faris to stop her divisive tactics.

– She kisses and touches us inappropriately, even when we ask her to stop – We want our NO to mean NO!

– Ms Faris vetoes our parents permissions. She implies that black parents do not have good

parenting skills. She doesn’t have children of her own, but she feels she knows better. – We want our parents to be respected, they have brought us this far they know what is good for us.

– Ms Faris thinks we are ‘sex-crazed’; she slut shames us, she offers condoms to learners

without them asking for them.She suggested that a learner wanted to go to the astro to

engage in public sex. – We deserve to be respected! We are not animals

– Ms Faris holds conversations with other staff members, , during prayer at meal times. She

– Ms Faris steals our money and medication, when she feels like. – We demand our money back and our medication replaced.

– We have regular cake sales, but no one knows where the money goes, these cake sales

are compulsory and we are forced to bring something – We demand a transparent account of where this money we fundraise goes to.

– She has vendetta’s against certain learners, She messes our rooms to teach us a lesson,

She shouts at us without provocation, She calls us stupid, She publicly shames us but only

apologises privately – We have been stripped of our dignity.

– Ms Faris is unprofessional, she treats black staff and parents like children in front of the

girls, she doesn’t allow us to bond with them, she spies on us while we are with them on the

security cameras, she makes us fill in request forms to go to school events with them – Ms Faris is racist!

– Ms Faris is a dictator, she hands down punishments without disciplinary hearings – We want access to free and fair procedures in the hostel.

– There has been no fire evacuation drill for the whole hostel this whole year, even though

there has been two fires at Wynberg Boys High – We demand that our safety is a priority, we want regular termly drills so that we can know that in the event of an emergency we will be safe.

home. We are being held hostage.

We are living in constant fear of what Ms Faris will do next, she has penetrated our thoughts, some of us dream about her, We dream that she is killing us… and even though we wake up, we realise she is indeed killing us; our dreams, our minds and our souls.

We would like to be addressed publicly outside Waterloo House on Friday, 25th November at 1:30pm with regards to this statement.”