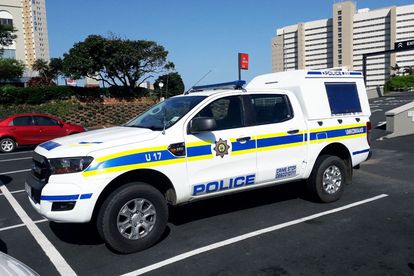 A media statement from the South African Police Service (SAPS) revealed that police officers based in Polokwane have begun to search for a suspected drug dealer who was previously sighted at Savannah Mall.

A shootout occurred after SAPS approached the suspect

The police attempted to engage with the suspect on Monday 25 April 2022, which ultimately led to a shootout between the suspect and officers on site.

Information of a male allegedly selling drugs from a Mazda sedan reached members of the Limpopo Highway Patrol (LHP). Armed with this information officials made their way to the location provided before spotting the described vehicle.

An attempt to approach the vehicle and search it was unsuccessful according to the report. The suspect is said to have sped off whilst shooting at the officers. Shots were fired back by the officers and a car chase began. The officers were unable to capture the suspect after he abandoned the vehicle and escaped on foot near the Pholosho Medi Clinic

The abandoned vehicle was searched and an accumulation of drugs and live rounds were uncovered. While no officers sustained any injuries it is unknown whether or not the suspect escaped unharmed. The vehicle was found with a bullet hole which may have injured the individual.

The teenage driver who fled police and ended up causing a mass pile-up in which former Springbok Pedrie Wannenburg died, has been named. Wannenburg died in the multi-vehicle crash in the United States over the weekend after a high-speed police chase ended in tragic circumstances. He was 41.

As first reported by The South African website, a family member confirmed that Wannenburg died in the accident and that his family was with him in the vehicle at the time of the crash.