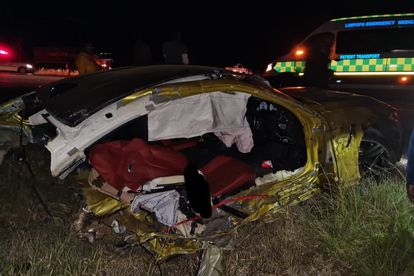 South Africa is experiencing an alarming epidemic of deaths amongst its youth due to road crashes, according to the Road Traffic Management Corporation (RTMC).

BREAKING DOWN THE SHOCKING STATS

The worst affected category is among those aged 30 and 34 years, with 3661 of them dying because of road crashes in the three-year period.

These alarming statistics serve as a clarion call to young people to prioritise road safety as they engage in Youth Month festivities this month, RTMC cautioned.

CONTRIBUTING FACTORS TO THESE ALARMING STATS

Factors that contribute to the high number of road fatalities among the youth include persistent risk-taking behaviour such as reluctance to use safety belt, driving at speed that are too high for circumstances and driving under the influence of alcohol.

The provinces with the alarming highest number of youth road fatalities are Gauteng with 1380 deaths, followed by KwaZulu-Natal with 1235 and Limpopo with 1127.

These four provinces account for 57,8 percent of fatalities among the youth.

Mpumalanga accounted for 968 fatalities among the youth, followed by Western Cape with 932, Free State 830,North West 640 and Northern Cape with 234 deaths.

The RTMC has called for high level of consciousness about road safety among the youth as road fatalities in this sector of society has a devastating impact on the economy and the future of the country.

The RTMC reported it has been estimated that fatal crashes cost the economy R188.31 billion last year based on the 10 611 fatal crashes recorded in the period with the loss of 12 545 lives.

RTMC CEO, Adv. Makhosini Msibi said South Africa faces a crisis on its roads and most of the victims are the economically active age group that is needed for the development of the country.

He called on road users, road safety advocates and law enforcement officials to join in hands to reduce the rising death trend of road deaths amongst young people.