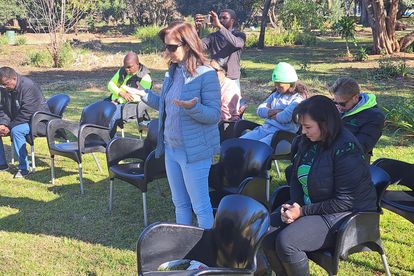 Rapidly growing opposition party ActionSA is not only winning the people of South Africa by principle, but also by the power of prayer.

The party, under the guidance of Tshwane councillor and party member Pastor Hannes Coetzee, is embarking on regular prayers for restoration following the hardships caused by the lockdown and politics.

Speaking about the prayer objectives, Pastor Coetzee said the purpose of the prayer meeting is to pray for South Africa.

“We decided to come up with these prayers because we just came out of the lockdown for two years, so people were affected, as some of them lost their jobs and loved ones,” he said.

“We preach love not division,” he made it clear.

Coetzee went on to say the purpose of it was to bring restoration. “There are people who may be sleeping under a tree and all they need is for someone to tell them that they love them, and how you do that is by giving them a plate of food. So we pray for love and healing,” he explained.

While the party aims to topple the ruling party at the General Elections next year, Coetzee said they were also praying for all leaders of this country, “because every political party has Christians and therefore we pray for the country, not just a specific group,” he clarified.

ACTIONSA PRAYS TO OUST THE ANC NEXT YEAR

Although their prayers are inclusive, pastor Coetzee did not beat around the bush that they also pray to bring the ANC down in 2024.

ALSO READ: ‘Not surprised’: ANC calls out ActionSA for banning the word ‘Comrade’

He said it is evident from the communities and media that people want to get rid of the ANC. “The ANC had 28 years and promises were made but they did not deliver, and I believe there are other political parties that can be in coalition to bring hope to our people,” he explained.

The monthly prayers are held every first Monday of the month by ActionSA under the fellowship of pastor Coetzee.