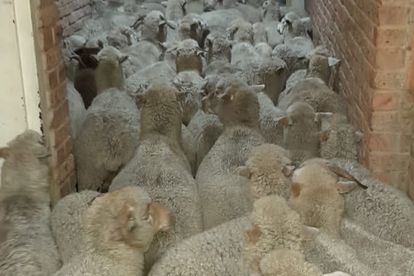 A total of 151 stolen sheep, goats and cattle were recovered at Matsieng on top of the mountain.

IT IS BELIEVED THE STOCK WAS STOLEN IN KZN

The livestock is believed to have been stolen from KwaZulu-Natal.

THE LIVESTOCK WAS RECOVERED ON SUNDAY

Mophiring said on Sunday at about 17:00 the anti-stock theft community members received information with regard to suspected stolen livestock at Matsieng mountain in Qwaqwa.

“The team went to the aforementioned mountain where they found 151 livestock,” Mophiring said.

WHAT ANIMALS WERE RECOVERED?

It is suspected that the livestock was stolen from KwaZulu-Natal and left there as a cool-off place.

Police said an inquiry had been opened with regard to the livestock, and investigations are continuing.

ALSO READ: Could this be the solution to the Mangaung water crisis?

TIPS TO KEEP YOUR LIVESTOCK SAFE: