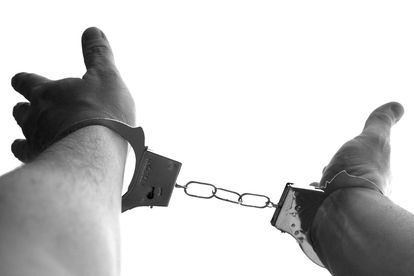 A 71-year-old suspect is expected to appear in court on Monday for the possession of nyaope. Photo: Stock Image / Pixabay

A 71-year-old suspect is expected to appear in court on Monday for the possession of nyaope. Photo: Stock Image / Pixabay

Mhluzi police members arrested a 71-year-old for the possession of drugs.

15 pitches of nyaope were found in the pensioner’s home

According to South African Police Service spokesperson in Mpumalanga Brigadier Selvy Mohlala, officers were patrolling Extension 08 after receiving information about drugs that were sold at a certain house.

Police went to the house and proceeded to conduct a search. The SAPS members found 15 pitches of a ‘brownish powder’ they believed to be nyaope. nyaope is a mixture of drugs including heroin, cannabis products, antiretroviral drugs and other items added as ‘bulking agents’.

The 71-year-old is expected in court on 12 September

The 71-year-old suspect was subsequently arrested and the substance was confiscated for further investigation. The elderly suspect is expected to appear before the Emahlahleni Magistrate’s Court on Monday, 12 September.

Lieutenant General Semakaleng Daphney Manamela, the provincial police commissioner in Mpumalanga, raised concerns over elderly people who are found to be in conflict with the law instead of giving ‘directions to young people in the communities’.

Meanwhile, it was previously reported that a 43-year-old woman warden at a Correctional Services Centre in Mpumalanga was arrested for possession of dagga on Friday, 26 August. She allegedly brought the drugs into her workplace in a handbag.

“During the parade, the facility manager with her team announced that according to the procedures of the department of Correctional Services, no employee is allowed to enter the premises with a hand or grocery bag unless it is transparent for everyone to see the items inside.

“Whilst at the parade, everyone was informed that a search and seizure will be conducted to prevent possible drug smuggling,” said the police spokesperson. Read the full story here.