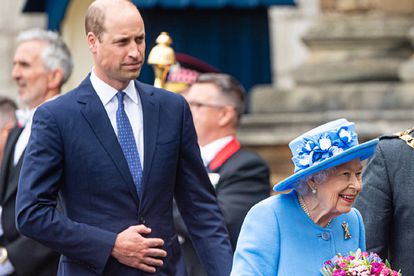 Queen Elizabeth II and Prince William, Duke of Cambridge attend The Ceremony of the Keys at The Palace Of Holyroodhouse on 28 June 2021 in Edinburgh, Scotland. Image: Samir Hussein/Getty Image.

Queen Elizabeth II and Prince William, Duke of Cambridge attend The Ceremony of the Keys at The Palace Of Holyroodhouse on 28 June 2021 in Edinburgh, Scotland. Image: Samir Hussein/Getty Image.

Prince William has become the latest member of the Royal family to publicly react to the passing of his grandmother, Queen Elizabeth III, describing her as an extraordinary, whose commitment to the country was absolute.

The Queen, whom Prince William affectionately called ‘Grannie’, passed away at age 96 in Balmoral, Scotland, earlier this week.

“I knew this day would come, but it will be some time before the reality of life without Grannie will truly feel real,” he said.

Prince William, now referred to as the Prince of Wales, a title inherited from his father, was quite close to his grandmother and has reflected on his loss.

“I, however, have lost a grandmother. And while I will grieve her loss, I also feel incredibly grateful. I have had the benefit of the Queen’s wisdom and reassurance into my fifth decade,” Prince William said in a statement on Saturday, 10 September 2022.

Prince William further said his wife, Princess Kate, had twenty years of guidance and support from the Queen, while the couple’s children got to share memories with her, which they will remember their whole lives.

“I thank her for the kindness she showed my family and me. And I thank her on behalf of my generation for providing an example of service and dignity in public life that was from a different age, but always relevant to us all,” he also said.

With his father, King Charles III now the head of the monarch, a tough task and responsibility lies ahead for him, something he has noted. In light of this, Prince William has vowed to support the new King.

“My grandmother famously said that grief was the price we pay for love. All of the sadness we will feel in the coming weeks will be testament to the love we felt for our extraordinary Queen. I will honour her memory by supporting my father, The King, in every way I can.”