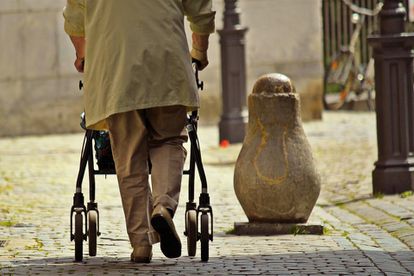 A 47-year-old man is facing jail time after he was arrested for allegedly raping a senior citizen.

The woman, almost double the age of the 47-year-old man was linked to the crime not even by DNA but by being found in possession of the victim’s cellphone later.

In a statement, the police said a 47-year-old man was arrested after he allegedly raped an 85-year-old woman in Kgobokwane village in the Dennilton Policing area (Limpopo) on Sunday 26 November 2022.

“The suspect (47-year-old) was tracked down and arrested at a house in the same village (Kgobokwane) in the early hours of today at about 00:20 am.”

During the arrest, Police recovered the cellphones believed to be belonging to the elderly who was raped.
It is suspected that the rapist mistakenly took the victim’s cellphone when he fled from the scene.
The cellphone found in possession of the suspect will also form part of police investigation.
The suspect is expected to appear before the Mdutjhana Magistrate’s Court in Siyabuswa tomorrow, Wednesday 07 December 2022 facing a charge of rape.

In a related matter, the Escourt Regional Court has on Monday, 05 December 2022 sentenced a father to three life imprisonment after he was found guilty of raping his biological daughter.

A thorough police investigation spearheaded by Detective Sergeant Sandile Sanele Madlala of the Escourt Family Violence, Child Protection and Sexual Offences (FCS) unit proved beyond reasonable doubt that the 49-year-old father repeatedly raped his biological daughter from 2005. The victim was only five years old at the time and was staying with her father in Escourt (KwaZulu-Natal) after her parents separated.

The matter was reported to the police in 2020 and the father was arrested.