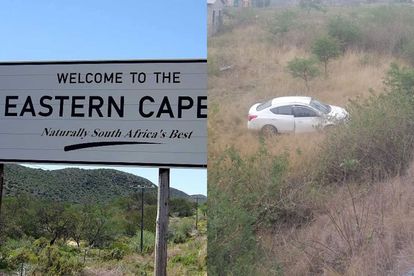 At least 20 people have perished on various roads in the Eastern Cape over Heritage Day weekend.

This number of fatalities was released by the Eastern Cape Department of Transport today, Monday, 26 September.

Shockingly nearly half of those killed are pedestrians.

“HEARTBREAK: As 20 perish on EC roads over the Heritage Day weekend. Nearly half (9) are pedestrians”

The Eastern Cape Department of Transport MEC Xolile Nqatha has called on road users to be extra vigilant at all times.

A message from the department:

“We are saddened by these accidents. We report to the public because we’re an accountable government and we hope that these reports may touch something in you and help you become a more responsible road user. A road user that will not only be concerned in protecting him or herself but will work towards protecting fellow road users”.

SOME OF THE ACCIDENTS THIS PAST WEEKEND

Some of the accidents this past weekend.

MEC Nqatha has appealed to road users to use the roads with caution and care.

“Public roads are shared spaces and respecting fellow road users is the bare minimum we expect from road users,” he said.

These sentiments come after Nqatha called on truck drivers, owners and all those involved in the manganese ore business to be more considerate, respect fellow road users and abide by the rules of the road at all times.

“Our call is for them to be more considerate on our roads, work with fellow road users and our officers to protect the well-being of every road user and help us end the prevalence of crushes particularly on that road. Failure to comply will force the department to take a tough stance to enforce order,” warned MEC Nqatha.