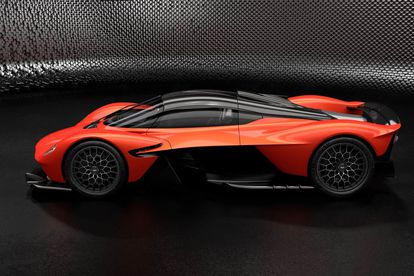 Let’s face it: The year 2020 is best forgotten. It’s time to start again. The good thing is that it looks like manufacturers have used their downtime to take a breather, re-energised themselves and are ready to dish up automotive delights and surprises that could herald a new golden age for the car.

Clues about what is to come were recently unveiled by BBC Top Gear when they announced their candidates for the most exciting cars for the year ahead. Shock, horror and amazement are the order of the day when you check out the list.

Who would think that the BMW kidney grille would be a goner and that electric would be the flavour of the year?

Think this is an exaggeration, check out what’s happening to hot-hatches, the sedans and an electric market where four-second 0-100km/h times look like becoming routine. To balance things out, however, some great names have reemerged.

Let’s start with the demise of that iconic kidney grille that has been part of Beemers for generations.

It’s still there if you count the slender divider that runs through the centre of a grille that looks more like beer mugs getting ready to be clinked together. They are part of the BMW M3, and M4 Competition models which (shock) only have automatic gearboxes and four-wheel drive.

The new breed of street-legal racers and supercars

Think about F1-type performance,  a V12, 10,000rpm and a weight of just 1,000kg and that nice 100km stretch between Villiers and Warden in the Free State looks positively inviting…

The word is that the AMG’s 1.6-litre turbo V6 hybrid engine which took its bow in the 2016 F1 World Championship-winning Merc is going into production this year to bring its 745kW into play.

An “entry-level” car with a twin-turbo’d V6 and a bit of hybrid backup added for good measure, this vehicle can be silent or eardrum-shattering depending on the driver’s mood.

It’s enough to get Middle East potentates looking at trading in superyachts, abandoning their fleets of supercars and thinking that the camel is the transport of the future. That’s because electric vehicles are on the rise.

For the poorer mortals ( who failed to find oil in their backyards) the cars have also ended the jokes about going electric, but battling to find a storage spot for a 150km-long extension cord. The list includes many unfamiliar names. Ford, who were they? People will soon be asking. Here are some of the most intriguing cars that will be turning heads in 2021.

It sounds terrifying. The early Evija driven at Goodwood is a true hypercar pushing out  1,470kW and will be available sometime during 2021 for those with deep pockets and a personal sense of immortality.

The second offering by this marque, the Rimac_C Two, makes 1,407kW available from four individual e-motors. The zero to 100km mark is achieved in about two seconds, and only 150 (at a measly  £1.7 million each) will be to purchase a seat behind the wheel.

Complete with clinking beer mugs grille, the i4 produces 395kW from a single rear motor and does the standing to 100km bit in 4.0 seconds. Driven sensibly, it is good for more than 500km before you need to start looking for a plug.

Italy’s offering uses Rimac underpinnings and only manages “a pathetic 350km/h” from a 1,416kW e-hypercar. It is being pitched as a car for comfort rather lap times.

The all-electric EQS is the Mercedes plug-in offers 350kW spread across both axles for torque-vectored all-wheel drive and 0-100 km/h in about 4.5secs. Mercedes claims a range of over 600km and says the EQS can achieve an 80% charge in 20 minutes.

The EQS will also be fitted with the MBUX Hyperscreen which stretches almost the entire width from the left to the right A-pillar.

Lucid is a Californian electric start-up that is bringing to market an 850kW hyper-saloon. The limited-edition Air Dream will top the 100km/h mark in 2.5 seconds, cover 748 km on its bespoke 21-inch wheels or 809km on smaller 19-inchers.

As proud South Africans, we can’t exclude our local boy made good. On the boards for 2021 is the angular Tesla Cybertruck slated for production in late 2021.

The Model S Plaid the Tesla sedan offering for the year can cover 836km on its three motors, is suitable for a top speed of 321 kmh and could set new industry trends.

The electric Audi RS, the Hyundai i20N which features a manual gearbox, 0-100km time of 6.7 seconds and the Volkswagen Golf Mk8 R (for Rocket) pushing out 235kW set the pace.

Add into the mix the Peugeot 508 PSE, an all-wheel-drive hybrid sports saloon, stir in a Nissan 400Z, Subaru Mk2 BRZ (170kW) and it looks like a year that is going to be remembered for a long time.

Then, of course, Ford has gone classic and returned the Bronco to the market. With models named the Big Bend, Black Diamond and Badlands, it’s bound to stir things up for all models seeking to capture the 4×4 mantle.

Whatever happens, and whatever your fancy, it promises to be a year among years, a year when choice is only limited by the power of a buyer’s wallet.