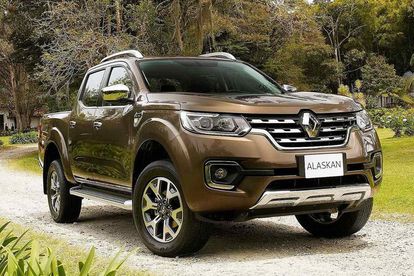 It’s not news to us that Peugeot and Renault have set their sights on the bakkie market. Peugeot’s Landtrek is a Changan-based product with Peugeot panache, bells and whistles. It’s car-like interior is the modern and highly praised Peugeot architecture. Peugeot SA is looking to bring this in to SA, but no official confirmation and dates can be given at this stage, especially given our current economic woes.

Renault SA has enjoyed a strong product mix in recent years and the company is looking to expand that with the introduction of the Renault Alaskan. The Alaskan is the result of Renault-Nissan alliance and is based on the Nissan Navara.

But that’s not the only LCV that Renault is considering — the Duster Oroch is a smaller utility vehicle based on the popular Renault Duster. The Duster Oroch presents a another lifestyle option for those who want the double-cab practicality in a smaller (and probably cheaper) package.

Isuzu has confirmed that an all-new D-Max bakkie will go on sale in SA in 2021. Its production is the result of a significant R1,2 billion production boost for the Port Elizabeth plant.

The Mazda BT-50 has been part of the South African landscape for some time now, but it hasn’t quite enjoyed the surge in success of the Ford Ranger for example, or even really challenged the likes of the Isuzu D-Max.

That said, the new Mazda bakkie will be based on the car above, Isuzu’s D-Max. The new BT-50 features Mazda’s stunning front-end design and a car-like interior. Mazda SA hasn’t confirmed this but it is expected to land on Mzansi’s roads by end 2021.

The Koreans make a Play

Not to be outdone, both Kia and Hyundai are reported to be in production of ladder-frame based LCVs. While the market is quite strong, it is also getting quite saturated at present but the Korean firms seem set on making a play in this segment. Given the success of these companies as well as their considered approaches in production and capacity/technology sharing, we expect to see these bakkies as early as 2023.