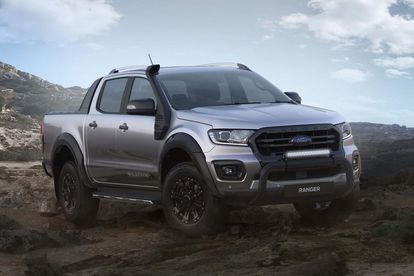 August has been a busy month for the Ford Ranger team.

Despite being in production since 2011, the Ranger remains a very strong seller in most global markets. It is only bested by the Toyota Hilux and has reinvigorated Ford’s mid-size bakkie offering through the years.

When the current T6 Ranger platform is retired in 2022, it will be replaced by a new version, jointly developed with Volkswagen (VW). Until that time, the special edition Ford bakkies will be making their debut.

It is standard industry practice for an older model range, nearing the end of its life cycle, to benefit from a succession of special edition variants. The marketing strategy is to keep stimulating demand and interest in the current vehicle, as teasers and specifications for its replacement become public knowledge.

Overall Ranger demand is certainly not an issue. But that does not stop Ford’s marketing people from trying to keep the bakkie’s image fresh.

The latest special edition Ranger is called Wildtrak X — and if you are familiar with the Ford bakkie range, that places it as the apex model, other than the Raptor.

Lighting up the way: Upgraded headlights

What distinguishes the new “X” from other Wildtrak double cabs, are the upgraded Bi-LED headlights. Ford claims that these LEDs are superior to the standard Ranger headlights and, for bakkie drivers, this is a notable new feature, making it safer to navigate rural gravel roads at night.

Other exterior features that differentiate this Wildtrak X, are its matt black  18-inch alloy wheels and matching fender flares. At the front, there is a modest nudge bar, as well as an LED light bar. Although this nudge bar will not fit a heavy-duty winch, it should protect the Wildtrak X from tree impacts and low-speed accidents.

Ford bakkie fans who are dedicated off-road enthusiasts, will also be happy to see a slickly integrated snorkel as part of the Wildtrak X package. This aerodynamically shaped snorkel will make river crossings less fraught.

Beyond the changes in styling, Ford has also added a remote control loadbox roller shutter. Wildtrak X owners can use their key or a cabin button, to remotely activate the bakkie’s loadbox cover. This new function is both clever and convenient, especially if your Ranger is being used out in the field by a team.

This new Ford double cab will initially go on sale in Australia, but as was the case with the Ford Thunder, most of the recent Ranger special editions have a habit of finding their way to South Africa…in time.