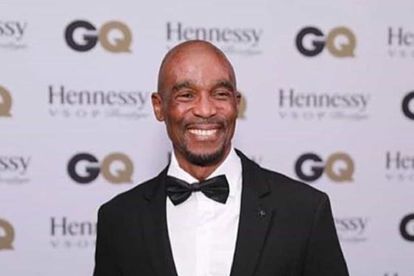 Veteran radio host and the poster boy for cool in South Africa’s broadcasting industry, Bob Mabena, took to Twitter, to warn his mates that his WhatsApp has been hacked.

Who is Bob Mabena?

Bad things happen to good people all the time but when it is Bob Mabena who is on the receiving end of fraud, the country stands in solidarity with the veteran radio host.

For those who haven’t a clue who Bob Mabena is — shame on you! Born in 1969, Bob Mabena rose to fame as the guy with the golden voice for radio in the late 1980s.

The advent of democracy in South Africa brought along with it a new age of cool, in the form of a radiohead from Pretoria who, with nothing but four paperbags of luggage and a wild dream (at the time), conquered the airwaves.

If this is not enough convincing of just how cool Bob Mabena is, consider this: The man once caused a media frenzy for crashing a race car at 240km/h in a hairpin bend, turned down a marriage proposal from Brenda Fassie, only to be feted by Miriam Makeba; and won a Sama Award for Best Rap Song.

Irrespective of his status in South Africa’s broadcasting industry, crime does not discriminate. This is what Bob Mabena learned when he realised that his WhatsApp had been hacked.

The veteran radio host and station manager at Power FM, warned his friends and family to ignore all pleas for a ‘donation’ coming from his contact number on WhatsApp.

Hello friends. My cell number has been hacked and the thugs are asking for donations claiming that I am in trouble. Pls ignore. I am fixing the problem

As it turns out, he was not the only victim. Two other tweeps sent out notices on social media, warning their resepctive circle of friends to refrain from communicating with them on WhatsApp or entertaining loan requests.

Guys do NOT give anyone asking for money from my number. I do NOT have access to my number or WhatsApp

@tshidi_lee has been hacked. Same modus operandi. The hacker is asking for R1500. pic.twitter.com/r5mio4hS5D