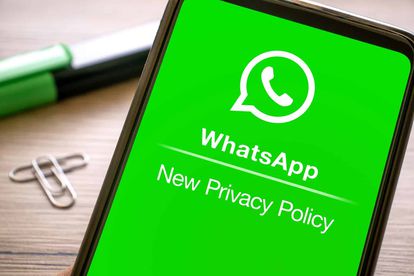 Facebook-owned messaging platform WhatsApp has changed their plans to slowly limit functionality over time if users do not accept their privacy policy by 15 May.

WhatsApp’s privacy policy has been a confusing saga that has been going on for a few months now. The policy was first announced back in January which entailed personal data being shared with Facebook. This created a panic between users who tried to branch off to alternate apps such as Telegram.

The messaging platform later cleared up user concerns and extended the deadline to accept the terms and conditions of the new policy by three months to 15 May.

WhatsApp initially stated that users who do not accept the privacy policy by the deadline will begin to experience limited functionality such as being unable to text or call, over a period of time. However, this will no longer be the case.

WHATSAPP WILL NO LONGER  LIMIT FUNCTIONALITY

A whatsApp spokesperson revealed that they do not want to limit the functionality of how the messaging platform works for those who have not accepted the privacy policy.

“Given recent discussions with various authorities and privacy experts, we want to make clear that we will not limit the functionality of how WhatsApp works for those who have not yet accepted the update,” a WhatsApp spokesperson said in a statement to The  Verge.

WhatsApp also said that the majority of users who have seen the new policy have accepted. Users who have not accepted the policy will still be reminded about it on the app.

“We will continue to remind users from time to time and let them accept the update, including when they choose to use relevant optional features like communicating with a business that is receiving support from Facebook,” said WhatsApp in a statement.

“We hope this approach reinforces the choice that all users have whether or not they want to interact with a business,” the platform added.