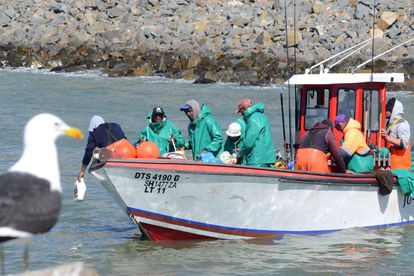 September 2021 saw the biggest run of snoek for the past 14 years in Yzerfontein, on the West Coast. Image: Charles Withington

September 2021 saw the biggest run of snoek for the past 14 years in Yzerfontein, on the West Coast. Image: Charles Withington

There cannot be a wine region in the world where the same week brings an abundance of flowers and fish! Let’s focus on some cheer for the year from the West Coast instead of dwelling on all the doom and gloom.

Here on the West Coast, September saw the biggest run of snoek for the last 14 years. The little quayside at Yzerfontein launched a record 145 boats in one day, and all came back fully laden with fish and crews smiling from ear to ear.

September at the exact same time also saw the West Coast spring in an abundance not seen for a long time.  What excitement, what joy, what confirmation that Nature is alive and well.

In September, six leading UK wine writers convened in London to taste Cinsaut. There were 37 wines in all originating from five countries. The tasting was covered in articles both in Decanter Magazine (Jancis Robinson) and The Financial Times (Alice Lascelles) — both of whom were among the tasters

This wine which continues to get the most wonderful press coverage has become a top ambassador for Darling and the West Coast.

No wine has ever better captured the relationship between than Darling Hills and the Atlantic Ocean than Seasalter from Groote Post. The label almost has you smelling the sea with that vibrancy on the taste. Be warned however, it is so popular, that like the snoek – what runs in, can also run out!