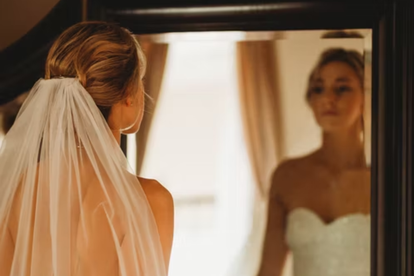 A vain bride-to-be has been called out for cancelling her wedding over an unattractive best man. Image via Unsplash

A vain bride-to-be has been called out for cancelling her wedding over an unattractive best man. Image via Unsplash

Another bride-to-be has been coined a bridezilla after she headed online to share the bizarre reason why she cancelled her wedding. According to the Reddit bride, she just cancelled her wedding because the man her partner chose to be his best man, is not attractive and may ruin her wedding photos – especially because her sister – the maid of honour – is quite beautiful and doesn’t match well with the best man who refused to stand at the edge of photos so he could be “easily cropped out”.

One bride-to-be has been slammed by social media users after she shared the reason why she cancelled her big day.

Taking to Facebook, the bridezilla shared a post explaining that she called off the wedding because her fiancé refused to kick the best man from the bridal party.

According to the bride-to-be, her sister, the maid of honour, is very beautiful and wouldn’t look good walking down the aisle with the best man who is short and not as handsome as she would prefer.

“All of my bridesmaids are gorgeous and honestly I can’t imagine having better-looking friends. My issue is my fiancé’s best man.”

“He’s only 5ft 3′ (1,6m) tall so he will look ridiculous escorting my sister down the aisle. He is homely as well. A unibrow and crooked teeth. One of those really big smiles that shows his teeth and 10ft of gum too.”

She then explains how she voiced her concerns with her fiancé who refused to make the best man stand at the edge of photos so that he could be easily cropped out.

The groom who put his foot down

Angry that the groom refused, she bizarrely cancelled the wedding.

Needless to say, many social media users called her out for what they believed was very vain and cruel behaviour.