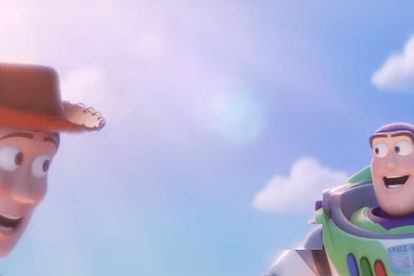 It’s actually been eight years since we said goodbye to Andy as the rest of the squad settled into their new home with Bonnie in Toy Story 3.

Now, fans are excited as Disney Pixar released the latest teaser trailer for Toy Story 4 on Monday. The clip features all the characters fans of the movies know and love such as Buzz Lightyear, Woody, Slinky Dog, Hamm, Rex and a new addition some sources are calling ‘Forky’.

All of your favorite toys are returning for the fourth installment. Even though no official statement has been given, it is expected that Tom Hanks, Tim Allen, and Joan Cusack will return for Toy Story 4. It is reported that Patricia Arquette will be joining the fun to voice a character described as a “hippie mother”.

According to IMDb, Toy Story 4 will tell the story of Woody and Buzz who will embark on a quest to find Woody’s romantic interest, Bo Peep.

Former Pixar chief creative officer John Lasseter said in an interview that they love the characters very much and just couldn’t give up on the idea of making another film:

“We love these characters so much – they are like family to us. We don’t want to do anything with them unless it lives up to or surpasses what’s gone before.

“Toy Story 3 ended Woody and Buzz’s story with Andy so perfectly that for a long time, we never even talked about doing another Toy Story movie. But when we came up with this new idea, I just could not stop thinking about it. It was so exciting to me, I knew we had to make this movie – and I wanted to direct it myself.”

According to IMDb, Josh Cooley of Pixar’s animated film Inside Out, is directing the new installment.