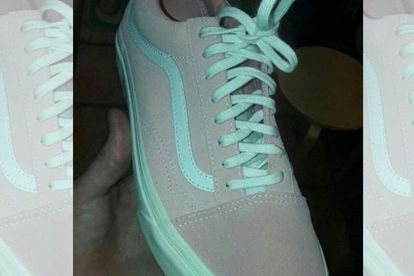 You remember The Dress, right? You know, the one where different people saw different colours of the same thing. It caused some of the most heated debates the internet had ever seen.

Well, until now. Okay, not until now, apparently this was first posted in 2017 (thanks, Google reverse image search) but we’re only seeing for the first time now.

Anyway, this is all new to us, so let’s get cracking. If you’ve been down this road before, don’t spoil the fun for everyone else.

You might THINK, this is just an innocent shoe, but it’s not. It’s a bog standard shoe, but it’s a shoe that’s going to be an influencer. Or already is if it was all over the news back in 2017.

Unless the entire internet is in on a giant prank. Which would be pretty incredible considering just how much people on the internet argue with each other…. this is some next level stuff.

#TheShoe: Which colours do you see?

The image was posted to a Facebook account on 1 May 2019, but as we mentioned, it’s been around for a while.

But even back then, the whole shoe that appears different colours was complicated. As you can tell, the picture was taken with pretty bad lightning. So somebody fiddled with the lightning.

The Shoe: What colour is it now?

Some people claimed that after the tweak, they started seeing it as pink and grey. Others just saw it as they saw it before.

If you still don’t see it as pink and grey in the embedded Tweet, let’s try something else…

We’ve had mixed results with this one. It keeps changing and it’s all a bit much.

Sleuths in 2017 even tracked down the actual shoes.

And when you open the (original bad) picture in a photo editor where you can use a colour picker, it shows up the colours as a peppermint/teal and grey.

We’re unable to can.

Anyway, in 2017 HuffPo spoke to a scientist who explained a little bit, saying:

“This is related to the famous dress insofar as both are related to issues of colour constancy. Basically your visual system is constantly trying to colour correct the images projected on the retina, to remove the colour contamination introduced by the spectral bias in the light source.”

Can you make yourself see it in the colour it actually is?

Well, in 2017, The Guardian spoke to Bevil Conway, a neuroscientist at the National Eye Institute in the US and explained that you might be able to.

Just make sure it’s not illuminated with turquoise light.

“Everyone has a very strong prior belief that shoelaces are white. So when your visual system sees the manipulated photograph, where the shoelaces are a weird turquoise, it then subtracts that colour from the rest of the scene, restoring the canvas of the shoe to pink,” he said.

“In the original photograph the human hand is clearly a normal colour, whereas in the other photograph it is clearly weird. So when your visual system sees the weirdly lit hand, it tells your brain ‘hang on, the colour of the light must be kinda funny, fix it!’”

Well, if you didn’t have any plans for Saturday night…