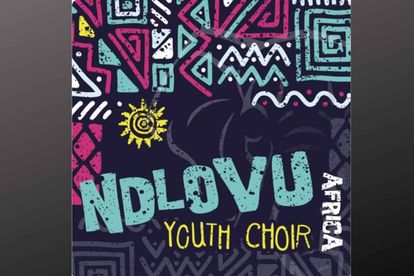 After winning a Hollywood Music in Media Award for their Zulu rendition of Ed Sheeran’s ‘Shape of You’ with Wouter Kellerman and finishing up their stint on America’s Got Talent, the choir released their eleven-track album.

The album contains a Christmas song and other hits like Higher Love, African Dream, Beautiful Day and more.

On Twitter, the choir couldn’t contain their excitement and said:

“We can’t wait! Only four days until the global release of our first album, available on all digital platforms. It contains all the music we performed on @AGT, exciting new unreleased music, as well as our first original track.”

The album is exclusively licensed to Sony Music Entertainment Africa and is available on all digital platforms.

The Hollywood Music in Media Awards

Before the Ndlovu Youth Choir began their America’s Got Talent journey (where they made it to the final stage), the choir from Limpopo teamed up with the award-winning and one of South Africa’s foremost musicians and pioneer flute players, Kellerman. Kellerman posted the video back in October 2018, and since then it’s attracted over four million views. At the time Kellerman said they loved covering Ed Sheeran’s song ‘Shape of You‘ with the amazing Ndlovu Youth Choir.

The duo won the ‘Best Independent Music Video’ at the Hollywood Music Awards when the ceremony took place on 20 November in Los Angeles, California, USA. The awards celebrated a decade of recognizing the most exceptional music artists, songwriters, composers, and industry leaders in the music business.

The Ndlovu Youth Choir recently performed in what is said to be their first international show since their time on America’s Got Talent. The choir proceeded to showcase a short tour in the Netherlands earlier this year where most of their shows were sold out.

Musical director Ralf Schmitt later said that there were standing ovations at every show on the short tour.

“It was a crazy experience. The theatre organisers said that though they had sold out the theatre twice on Sunday, they could have sold it out two more times. There were standing ovations and people just wanted more. It shows that we have a great show and we can’t wait to do it in South Africa.”