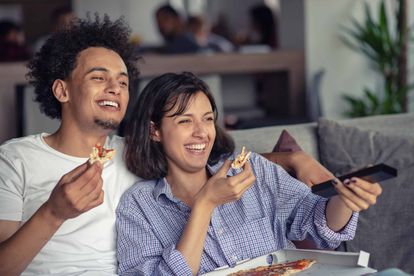 If you need some distraction from the current state of affairs, here are a few suggestions from tonight’s Sunday movie lineup. Turn to M-Net, Action Plus, eTV and SABC 3.

When it’s discovered that the evil Emperor Palpatine did not die at the hands of Darth Vader, the rebels must race against the clock to find out his whereabouts.

Finn and Poe lead the Resistance to put a stop to the First Order’s plans to form a new Empire, while Rey anticipates her inevitable confrontation with Kylo Ren.

Warning: Some flashing-lights scenes in this film may effect photosensitive viewers.

Journalist Eddie Brock is trying to take down Carlton Drake, the notorious and brilliant founder of the Life Foundation. While investigating one of Drake’s experiments, Eddie’s body merges with the alien Venom – leaving him with superhuman strength and power.

Twisted, dark and fueled by rage, Venom tries to control the new and dangerous abilities that Eddie finds so intoxicating.

After a string of bizarre bank robberies in Southern California, with the crooks donning masks of various former presidents, a federal agent, Johnny Utah, infiltrates the suspected gang.

But this is no ordinary group of robbers. They’re surfers — led by the charismatic Bodhi – who are addicted to the rush of thievery. But when Utah falls in love with a female surfer, Tyler, who is close to the gang, it complicates his sense of duty.

As Bergman persuades Wigand to share his knowledge of industry secrets, the two must contend with the courts and the corporations that stand between them and exposing the truth.

All the while, Wigand must struggle to maintain his family life amidst lawsuits and death threats.