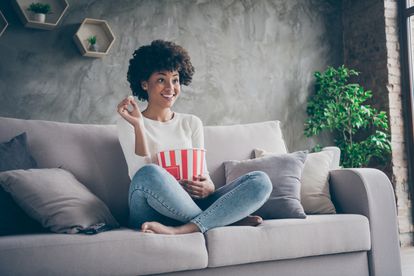 If you need some distraction from the current state of affairs, here are a few suggestions from tonight’s Sunday movie lineup. Turn to M-Net, Action Plus, eTV and SABC 3.

Detective Sherlock Holmes and Dr. John Watson join forces to investigate a mysterious murder at Buckingham Palace. It seems like an open-and-shut case as all signs point to Professor James Moriarty, the criminal mastermind and longtime nemesis of the crime-solving duo.

When new twists and clues begin to emerge, the world’s greatest sleuth and his trusted assistant must now use their legendary wits and ingenious methods to catch the killer before the queen becomes the next victim.

Will Sawyer is a former FBI agent and U.S. war veteran who now assesses security for skyscrapers. While he’s on assignment in China, the world’s tallest and safest building catches on fire andWill gets framed for it.

Now a wanted man and on the run, he must find those responsible, clear his name and somehow rescue his family members when they become trapped inside the inferno.

A scruffy superhero named Hancock protects the citizens of Los Angeles but leaves horrendous collateral damage in the wake of every well-intentioned feat. That’s OK with Hancock; he doesn’t care what people think and is just as likely to be found dozing on a park bench as saving a damsel in distress.

However, after saving the life of a PR executive and meeting the man’s beautiful wife, he realises that he may have a sensitive side after all.

Joe is a divorced, corporate everyman whose dead-end personal and professional lives are turned around after the office bully publicly humiliates him in front of Joe’s daughter.

As Joe trains for a rematch – and gives himself a makeover – he begins an unexpected ascent up the corporate ladder. Eventually, Joe realises he doesn’t need revenge or to become someone else to earn his daughter’s respect and win the heart of a co-worker.