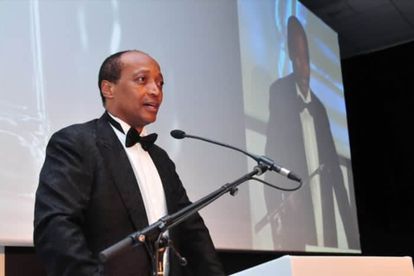 JOHANNESBURG, SOUTH AFRICA – NOVEMBER 08: ..Patrice Motsepe during the Sunday Times Top 100 Companies event at The Empire on November 08, 2017 in Johannesburg, South Africa. The event celebrates JSE listed companies that that have done well over the past five years. (Photo by Gallo Images / Sunday Times / John Liebenberg)

JOHANNESBURG, SOUTH AFRICA – NOVEMBER 08: ..Patrice Motsepe during the Sunday Times Top 100 Companies event at The Empire on November 08, 2017 in Johannesburg, South Africa. The event celebrates JSE listed companies that that have done well over the past five years. (Photo by Gallo Images / Sunday Times / John Liebenberg)

The annual City Press Wealth Index was released this week, and the data seems to suggest that there are less black South African billionaires now than there was 10 years ago.

The startling discovery also shows that the wealthiest among the top 1% are almost exclusively white and male. Only Patrice Motsepe breaks the top 10 with his personal worth of R22.7 billion.

What is Christo Wiese’s net worth?

Christo Wiese is still the second-richest South African billionaire registered on the Johannesburg Stock Exchange (JSE), reported to be worth R32.7 billion. This despite seeing most of his fortune wiped out in the Steinhoff scandal.

The top dog on the list is Ivan Glasenberg, the Glencore co-founder – he’s said to be worth nearly R72 billion, which is almost how much money Wiese lost following the corruption inquiry into the Steinhoff company.

Now, when someone can lose the fortune of the richest man listed on the JSE, yet remain in the top two, you know we’re dealing with some megabucks here. At least Wiese’s Shoprite shares are coming up trumps.

In 2008, there were 13 black people in the top 50 wealthiest executives and board members of JSE-listed companies. Now there are just five.

South African billionaires: Who are the richest people registered on the JSE?

Who is the richest woman in South Africa?

The only woman in the top 50 is Sygnia chief executive Magda Wierzycka, who comes 40th. Therefore, there are no women of colour on the list. Mining executive Nonkqubela Mazwai was also a sole female representative back in 2008.

Of course, Wendy Applebaum is generally accepted as the richest woman in Mzansi, but as she doesn’t have any stocks on the JSE, she doesn’t feature in the Wealth Index. That’s also the case for insurance magnate Douw Steyn and property tycoon Jonathan Beare.

Why are there fewer black South African billionaires?

South Africa’s mining industry was head and shoulders above the rest of the economy 10 years ago. But it now seems like private investment and the financial sector is creating more billionaires – most of which happen to be white.

Some of SA’s young entrepreneurs have struck gold in the property market too, as real estate proves to be a real money-spinner for some of the fresh-faced collective.

Whether through luck or circumstance, this market created more white billionaires than black, and at a time where a number of prominent black businessmen – such as Cyril Ramaphosa and Former MTN boss Sifiso Dabengwa – resigned from directorial posts, some ended up dropping off of the Wealth Index’s radar.