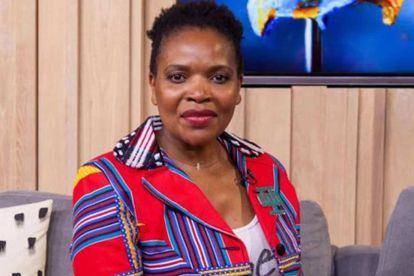 Cyril Ramaphosa has been issued with a firm warning from one of Souh Africa’s best-known domestic actresses. Florence Masebe – who has starred in Muvhango and Generations – said she wanted to take the president to court over his alleged tardiness when it came to signing bills into law.

What bills have not been signed into law?

The head of state has been slammed not just by the TV star, but by his Parliamentary opponents too. These concerns have been raised by the DA, the ACDP and a number of other parties who agree that Cyril is taking too long when giving new legislation the official green light. According to TimesLive, the bills awaiting his approval include:

Masebe has accused Ramaphosa of “blue-ticking” her entire industry, by ignoring their demands for change. She has pleaded for “someone with enough money” to haul Cyril into the dock, to make him answer to a court of law.

This comes as Thandi Modise sent the president a reminder to “act with urgency” when it came to putting his signature on the future laws of South Africa, sending him a letter from her office earlier this week.

“It’s not even about him not signing, it’s about him not acting at all. Because if he is not going to sign, he should at least action something. Right now he is simply blue-ticking the creative industry and saying to all of us ‘you are only good enough for me to quote your lyrics when I say my speeches in parliament’.”

“If I had money, I would take the president to court on behalf of actors and other creatives to say ‘please do your job’, but I can’t afford to do that. I hope somebody with the money will do it. The delays say to us that the lawmaking process of SA is a joke.”