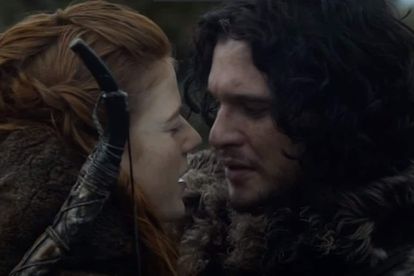 On Tuesday, the news of their engagement spread like wildfire over social media, but official confirmation came a little bit later when the couple confirmed their engagement in The Times newspaper on Wednesday.

The newspaper in London confirmed their engagement with a notice reading: “The engagement is announced between Kit, younger son of David and Deborah Harington of Worcestershire, and Rose, middle daughter of Sebastian and Candy Leslie of Aberdeenshire.”

There’s going to be a Game of Thrones wedding pic.twitter.com/8UGGMCh9GH

Game of Thrones fans might remember that the couple last appeared together in the show in the final episode of season 4 when Ygritte died. Ygritte’s words “You know nothing, Jon Snow” are some of the most frequently quoted among GoT fans.

It’s been reported that the couple have been dating in real life for five years already. Rose and Kit are both 30 years old and only confirmed their romantic relationship in 2016. Earlier this year, Kit revealed they had moved in together and were “very, very happy”.

Kit talked about Rose during an interview on The Late Late Show with James Corden saying “I’ve moved in with my other best friend Rose, so I’m very happy.

“It’s going well, so she’s got all sorts of ideas for the house. I said to her, cause she’s moved into my house, ‘Look darling, it’s important that this is our space. That it feels like our space. That you haven’t just moved into mine. Move anything you want around, change anything, chuck anything out'”.

Scottish actress Rose found fame as Gwen Dawson in Downton Abbey, while Londoner Kit continues his role as Jon Snow in the highly anticipated final and 8th season of Game of Thrones.