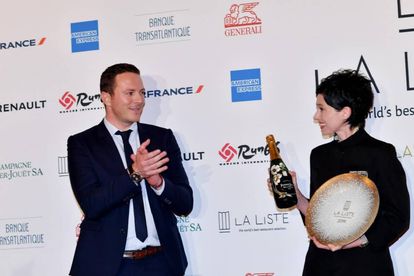 Photo: Facebook/Restaurant Mosaic at The Orient

Photo: Facebook/Restaurant Mosaic at The Orient

Yes, the La Liste World Restaurant Awards took place in Paris, France on 2 December where Dartnell proceeded to receive the accolade with a national ranking and a score of 94%. She was one of only sixty top chefs from around the globe to attend the event.

Dartnall took to Facebook to announce her gratitude, saying:

“We are extremely proud and delighted to be recognised on the global culinary stage alongside so many talented chefs who I admire greatly. It is such an honour to represent South Africa at this elite level.

“In 2019, we were delighted to also receive the award for the Best Wine Cellar in the World and would like to thank La Liste for inviting us back again. Thank you to all our guests, media and food critics from all over the world who dined with us and reviewed us during the past year and making this recognition a reality.”

According to PRNewswire, La Liste debuted in 2015, providing an objective and democratic ranking of the world’s most outstanding restaurants powered by a proprietary algorithm that gathers information from over 700 leading food guides, user-generated review sites and global publications such as The New York Times, Michelin Guide, TripAdvisor and more.

Commentary directly from restaurant guests is also weighed within the algorithm. Based in Paris, La Liste reviews nearly 20 000 restaurants internationally, with the resulting restaurants located in 180+ countries, on five continents.

Chef Dartnall established Restaurant Mosaic at the Orient Boutique Hotel in Johannesburg in 2006. She won the SA ‘chef of the year’ title in 2019 and draws her inspiration from fresh, seasonal produce to create dishes that taste as wonderful as they look. The restaurant is decorated in the Belle Epoque style and has an intimate feel with booth-type seats and two private dining rooms.