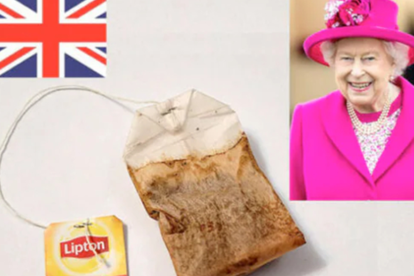 Would you buy Queen Elizabeth’s used teabag for R208k Someone in the world just did!. Image via eBay

Would you buy Queen Elizabeth’s used teabag for R208k Someone in the world just did!. Image via eBay

With Queen Elizabeth’s passing on Thursday 8 September last week, many are trying to cash in on people’s fondness of Britain’s oldest monarch – and for some of them it’s actually panning out. In fact, shortly after her death was announced, dozens of memorabilia were going up for sale. One of those is a teabag that was allegedly used by the Queen in 1998 that was listed on eBay and shortly sold for a cool $12 000 – R208 000.

How much are you willing to fork out for a used teabag?

While maybe any old teabag won’t go for much – or anything for that matter – one that was used by a Queen goes for quite a lot.

The listing further goes on to read:

“It was used by Queen Elizabeth II Regina Britannia and smuggled out of Windsor Castle by the special exterminator who was called in to help Her Majesty cope with the great London roach infestations of the 1990s.”

While selling a used teabag for that price might seem a bit bizarre, a quick look through eBay reveals that there are many more memorabilia being sold for even more bizarre prices!