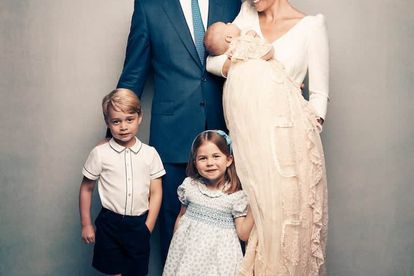 Prince George is almost certain to break a few hearts when he’s older. The cheeky chappie was positively beaming as he celebrated his fifth birthday this week.

To mark his first half-decade, an official new photograph of George has been released through official royal channels. Twitter accounts for both the royal family and Kensington Palace shared the picture earlier on Sunday.

Official photo of Prince George released on his birthday

The Duke and Duchess of Cambridge are very pleased to share a new photograph of Prince George to mark his fifth birthday – thank you everyone for your lovely messages ????

The Duke and Duchess of Cambridge are pleased to share a new photo which was taken in the garden at Clarence House by Matt Porteous, following the christening of Prince Louis on 9 July. pic.twitter.com/cOcxKElaGJ

When is Prince George in line for the throne?

George is the eldest of the three children Prince William and Kate Middleton have had. The royal couple welcomed Princess Charlotte into the world back in 2015, and Kate gave birth to Louis earlier this year.

Charlotte herself will have even more reasons to enjoy her big sisterly duties with baby Louis. Due to a royal law change within the monarchy, boys in the family can no longer usurp their elder female siblings when it comes to taking a place in line for the throne.

Prince Charles is the next in line, and then Prince William will take the crown after him. It then gets passed down to the children of Wills in the order of when they were born. George, Charlotte and Louis are third, fourth and fifth in line respectively. Prince Harry has to settle for sixth.

However, George is seemingly ruling the roost. A commemorative £5 coin is being released to celebrate the prince’s landmark birthday.

It won’t be put into circulation, but it will serve as a must-have collector’s item for die-hard royalists. It’ll cost you £13 to buy one, which roughly works out to be R230.

You know the old saying… “Money goes to money”.