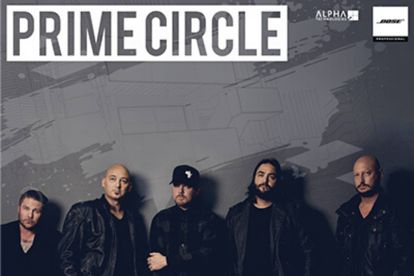 The South African rock bad is looking to perform for their fans online in a ‘secret session’ performance on 8 August 2020.

“The most exciting opportunities arise in times like these. So that is why we are now performing to our 200k [sic] fans globally online,” the band said.

They are planning to produce a show that was only imaginable a few months ago. The show will include moving sets, international guest artists, flames, and explosions.

“But, the crazier the show the more we need fans to support us putting on this monster of a show. We will be going underground with our marketing (and this is very important). If you are a fan of ours expect strange links popping up on our socials.”

They say they will bring their “A+ game” to the party [while] their fans can help them “crash servers worldwide”.

“We need every fan to buy a ticket. Besides the world-class show, we will also set a record globally for the most tickets sold for a live stream rock concert! Now we can celebrate that we will not be held down by a pandemic but rise to the call and crash servers worldwide – we know we can do it – are you in!?”

Since their debut in 2002, Prime Circle have been one of the most celebrated rock acts in South African history. The band has toured extensively, performing at several major international festivals, and have been honoured with numerous South African music awards and celebrated chart topping hits.