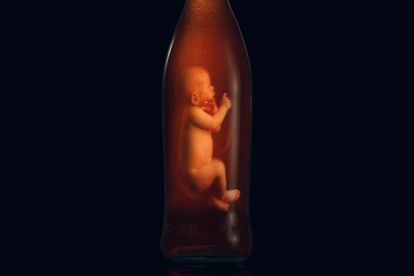 Concerned experts are calling on women who can’t stop drinking even when they know they are pregnant, to seek urgent help.

This as South Africa has the highest rate of fetal alcohol spectrum disorder (FASD) in the world.

As FASD Awareness Month is coming to an end, organisations have highlighted the continued prevalence of alcohol abuse, how it affects pregnant women and their unborn babies.

The problem appears to have worsened during the COVID-19 pandemic as alcoholism and substance abuse has been worsened by other social ills.

“Women who are unable to stop drinking despite knowing it will harm their child are in desperate need of mental healthcare,” said Vythilingum, who practices at Netcare Akeso Kenilworth, a mental health facility in Johannesburg.

The effects of alcohol abuse during pregnancy are devastating and lasting on both the mother and the child.

ALSO READ: Mother, 63, and son arrested by Hawks for DEALING in drugs

“Foetal alcohol syndrome includes characteristic facial abnormalities such as small eyes and a smooth ridge between the upper lip and nose, as well as a number of other internal and external physical deformities. It furthermore affects brain and central nervous system development and results in numerous behavioural issues as the child grows up.”

According to the WHO, there is no known amount of alcohol that is safe for a pregnant woman to drink, neither is this the case for those trying to fall pregnant. Drinking while breastfeeding is also not encouraged.

Community members have highlighted Kokstad in KwaZulu-Natal (KZN as having an alarming rate of FASD, according to Sunday World. They have called on social workers to intervene.

According to the publication, the small town has been featured in the KwaZulu-Natal Department of Social Development’s 9-9-9 campaign against drinking alcohol during pregnancy.

Dr Guru Kistnasamy, board member for the department’s Central Drug Authority, has called on the campaign to be taken to schools, taverns and healthcare facilities.