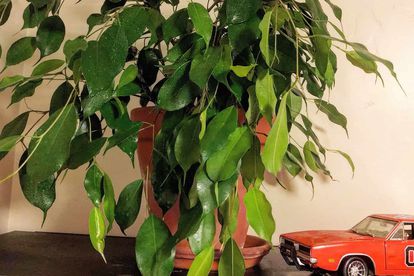 The energy crisis has had the world on its toes for decades, and in the late 70s building designs became focused on improving energy efficiency and air quality.

To achieve this, buildings were super-insulated and had less ventilation to keep their heat. The occupants of these buildings began showing symptoms of what came to be known as the “sick building syndrome”, which included: headaches, drowsiness, itchy eyes, skin rashes and respiratory congestion. The cause of the syndrome was attributed to trace chemical pollutants emitted by building materials, equipment, furnishing and human beings.

The most prevalent trace chemicals in the air of any building

Xylene in the air

Xylene is found in rubber, printer inks, paint and leather. Large-scale exposure can be harmful to the kidneys, lungs and nervous system.

Found in pesticides, detergents, dyes and plastics, benzene can irritate the skin, cause loss of consciousness and may be harmful to the reproductive system.

Trichloroethylene in the air

Trichloroethylene can be found in paint, paint removers, varnishes and adhesives. It can cause sleepiness, dizziness, damage to facial nerves and is fatal in large amounts.

*The last three are known carcinogens.

To remedy indoor air pollution, NASA researched numerous approaches, and one of them was the use of plants and their associate microorganisms. Here are five plants to invest in during this lockdown winter. Due to a decrease in ventilation, and limited movement, you and your family are a largely contributing source of the pollution inside your home.

Plants that can help

Scientifically known as the Gerbera jamesonii, these are found to be effective in removing benzene, formaldehyde and trichloroethylene from an airtight chamber.

The Hedera helix is one of the most efficient air-purifying plants. It removes all four common indoor air pollutants as well as ammonia.

Its scientific name is Ficus benjamina, and it removes formaldehyde and xylene.

The Chrysanthemum morifolium is not only decorous in its many colours but is also highly effective. It removes all four prevalent pollutants and ammonia, which a very small number of plants can purify into friendlier molecules.

Dracaena deremensis or “Janet Craig” is difficult to find online using its common name. It cleans benzene, formaldehyde and trichloroethylene.