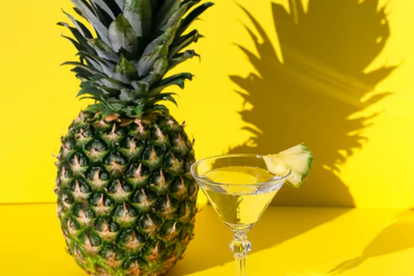 Pineapple prices have dramatically increased over the last few weeks. This as many have taken their alcohol needs into their own hands by making homemade beers. And pineapple is seemingly at the centre of it all.

A pineapple beer a day keeps lockdown blues away

South Africans have wasted no time finding a way to get tipsy since the sale of alcohol was brought to a standstill. Unfortunately, their hankering for a good alcoholic drink means needing to fork out big bucks.

According to IOL, the price of pineapples, which is used to brew homemade beer, has gone up by 75%. This means South Africans are now paying a whopping R7.32 per kilogram, week-on-week.

Pineapple prices may never be the same again

COO of Grow Fresh Produce, Deon van Zyl, the price of pineapples is unlikely to reduce. He also sadly shared that the prices may even go higher than what they are now.

This means that even when the alcohol ban is lifted, people will still pay the price for wanting to feel a buzz this lockdown.

IOL explained that pineapples have been in high demand for homemade beers because yeast, a key ingredient in brewing, grows on the skin of the exotic fruit.

And while many can argue that they’re only buying pineapples because they’ve decided to add more yellow fruit to their diet, Google reported that many locals were searching how they can make alcohol at home.

For this reason, last year the prices of many products known to be used when brewing alcohol such as ginger, yeast and sorghum skyrocketed. According to Google, many people’s desperation for the bottle even led to them asking how they could extract alcohol from sanitiser.

Locals express their need for something stronger

Many locals have however not denied the fact that as of late, their desire for a glass of something strong has been overwhelming. This explains why pineapple prices are up and homemade brews are increasing.

“Imagine facing all this havoc happening in SA while sober, we going through a lot Mr President #Alcoholban #lockdownextension #FamilyMeeting”