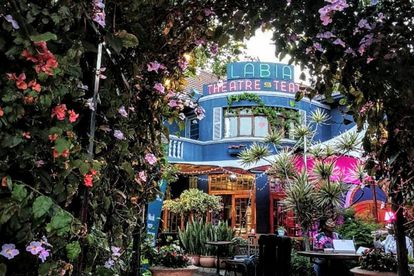 South Africa’s oldest independent movie house, The Labia Theatre, was named one of the most beautiful cinemas in the world by London’s Time Out. The Cape Town arthouse placed 14th in a list of the 50 best-looking cinemas in the world that was topped by an Amsterdam “picture palace.”

LABIA THEATRE AMONG THE BEST CINEMAS IN THE WORLD

The Labia Theatre was opened in 1949 by Italian nobility and one of the walls in its lobby is adorned with a plaque that reads: “This theatre was opened by H.H. Princess Labia on Monday 16th May 1949.”

The Labia was once a ballroom before pivoting to a theatre for stage shows. In the 1970s, it hosted a rather successful film festival and it has not looked back since.

Time Out praised the theatre for marrying old world charm with modernity – its celluloid projectors were replaced with digital in 2014 because distributors stopped dispatching movies on film.

“Cinemagoers purchase their tickets from an ornate ticketing booth (or online – it’s not that olde-worlde) and the faded grandeur of this old Italian Embassy ballroom lingers on in its three opulent-feeling screens,” said Time Out.

The Labia is home to four screens – a 176 seater, a 100 seater, a 65 seater and a cosy 50 seater – and an inviting garden terrace, perfect for lounging with one of the cinema’s many treats from the confectionary counter.

Film luminaries such as actors, Salma Hayek, John Cleese and Matt Damon, and director Werner Herzog have visited the theatre in recent years.

“The recognition is a reward for what we do,” said owner, Ludi Kraus, to the Cape Times. “We like to think that we are a unique cinema and we are different.”

The Labia Theatre is currently closed because of level 4 lockdown restrictions. Movie lovers, however, can support the cinema by stream films handpicked by theatre via its streaming platform Labia Home Screen.