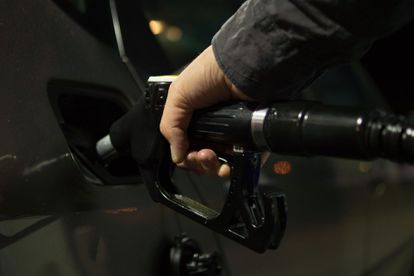 There will be a marginal petrol price hike early next week, but the news on the diesel front continues to improve as each day passes. Image via Pixabay

There will be a marginal petrol price hike early next week, but the news on the diesel front continues to improve as each day passes. Image via Pixabay

South Africans are reeling from the announcement of yet another petrol price increase this year, which kicked into effect on Wednesday 1 June.

The record-high fuel hike has been attributed to a number of factors, such as the EU’s ban on Russian oil, an increased demand in the northern hemisphere and a weaker Rand against the US Dollar. South Africans have also been told it “could have been worse”, given that the fuel levy was extended just a day earlier, on Tuesday 30 May.

On Wednesday 1 June, motorists woke up to the devastating news of the historic petrol price increase.  Road users will now pay between R23 and R24 a litre in petrol and over R23 per litre in diesel.

According to News24, South Africans have seen fuel prices rise by more than 40% over the past year. And with an increase in transport costs is the ripple effects on almost all products, including food prices.

With a 34,5 % unemployment rate in 2022 and 16.31 million South Africans living in extreme poverty according to statistics, the latest petrol price increase is set to have devastating effects.

To add insult to injury, the price per litre of petrol has surpassed the minimum wage per hour in the country. As of 1 March, the Department of Employment and Labour implemented a new rate of R23.19 for each ordinary hour worked as the country’s minimum wage.

Here is what a few had to say:

@pabz_general: “There we have it, folks, the petrol price is now higher than minimum wage. Every hour you work, you cannot earn enough for a litre of petrol”

@Jaresh012: “Selling drugs wouldn’t be a bad move to keep up with the price of petrol”

@SuvarMaharaj: “Petrol is too expensive I’m getting a horse”

@Rato_0601: “I used to drive around to clear my mind. But with this petrol increase I’ll just sit with my thoughts”

@deza_bel: “It’s high time we park our cars on the national roads and protest because the price increases are ridiculous”

Tweeps have also shared how the petrol price increase could affect their everyday lives.

@sindane3: “Do not be foolish and think petrol & diesel prices are a problem of those with cars. It affects your food prices, school transport for your children, taxi fare & the Panado you rely on”

@UrbanLo: “The surging petrol price will severely impact small town tourism. Severely. There could be as much as a 40% drop in weekend getaway road trips”.

@RoryPetzer: “If we work from home work during a pandemic surely we can make it work during R25 for a litre of petrol. If not, this will push most families even further over the edge”