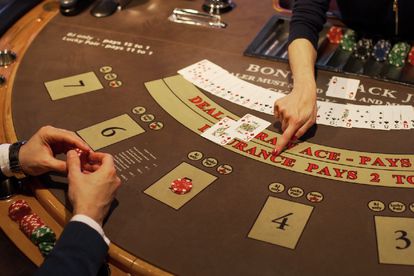 There seems to be no winning for a Gauteng gambler who took Sun City to court after he lost R5.2 million at the casino located in the North West province.

Suhail Essack, a businessman who had been excluded from all gambling establishments at his request since 2017, told the Gauteng High Court that the casino had been negligent in allowing him into its premises.

According to IOL, Essack lost money belonging to his wife during a gambling spree in Sun City. In an attempt to get the money back, he went on to sue the casino.

Essack argued that Sun International should have prevented him from entering the casino because he is on the “banned list” of all gaming entities in Gauteng and nationally.

The businessman’s court papers stated that Sun City owed him a “duty of care to ensure that he does not obtain access to its casino for purposes of engaging in gambling activities”.

He further argued that the casino permitted him to use his wife’s bank card despite knowing that it was not his.

Last week, however, the court ruled in favour of Sun City casino.

According to SA People, acting Judge Andy Bester highlighted that Essack gambled on his own accord and had been the author of his misfortune.

“Having voluntarily placed himself on the list of people excluded from gambling, he nonetheless went to the Sun City Casino and, on his own version, lost a substantial amount of money.

“His proposition implies that a compulsive gambler may retain his winnings when transgressing the regulations but hold the licensee of the gambling establishment liable for his losses. Such a lopsided approach does not serve the purpose of the provision, and is not in the public interest,” Judge Bester said.